home Lifestyle Who is Letitia Wright's Boyfriend in 2021? Learn About Her Dating Life Here

Who is Letitia Wright's Boyfriend in 2021? Learn About Her Dating Life Here 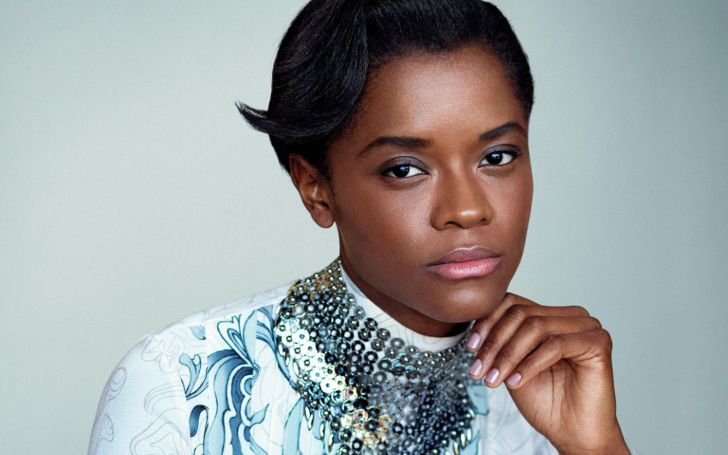 Learn about Letitia Wright's relationship status as of 2021? Here's the detail

Letitia Michelle Wright is a Guyanese-born British actress. She started her early career with guest roles in the television series Top Boy, Coming Up, Chasing Shadows, Humans, Doctor Who, and Black Mirror; for the latter, she received a Primetime Emmy Award nomination.

And who doesn't know the phenomenon movies Avenger Infinity War and Black Panther, where portrayed the role of Shuri.

On October 31, 1993, she was born in Georgetown, Guyana. Her family shifted to London, England, at the age of seven and attended school there. Many are curious regarding her love life as she is a popular actress. Continue to read to know.

Who is Letitia Wright's Boyfriend in 2021?

Letitia Wright is single as of 2021. At the moment, Letitia is not dating anyone or rather seems she is more interested in making her career as an actress and enjoys her life with single accompaniment.

Like many celebrities and famous people, Letitia also wants to keep her personal and love life private. She hasn't been engaged previously, nor has she had any children, and the information about her past dates and hookups isn't available.

Check Out: Who is Kiley Sullivan? Who Is She Dating Currently? Details Here

In the course of an overnight shoot in Boston for Marvel’s Black Panther: Wakanda Forever, reports tell Deadline that Letitia Wright was struck with minor injuries because of an incident with a stunt rig.

“Letitia Wright suffered minor injuries today while filming a stunt for Black Panther: Wakanda Forever. She is currently receiving care in a local hospital and is expected to be released soon,” a spokesperson for Marvel said Wednesday.

What happened to Letitia Wright on the set of 'Black Panther: Wakanda Forever?
Photo Source: Quora

While the incident ultimately happened in Boston, the primary shoot had been going on in Atlanta going back to the end of June. In the sequel to the global hit, Wright amplifies her role as Shuri alongside Danai Gurira, Daniel Kaluuya, Winston Duke, Lupita Nyong’o, Florence Kasumba, and Angela Bassett Ryan Coogler returning as director.

After facing backlash, Letitia initially complained that "you get cancelled, if you don't conform to popular opinions." But she afterward deleted the tweet, saying her "intention was not to hurt anyone" and that she only wanted to raise "concerns with what the vaccine contains."

Don't Miss: Who is Sierra Capri's Boyfriend in 2021? Learn About 'On My Block' Actress's Dating Life Here!

It is reported that Wright quietly parted ways with her entire team of US-based representatives following the backlash over the anti-vaccine video. After that fiasco, Letitia left the social media, deactivating them last year.