Liam Gallagher Looks Set To Collaborate With The Killers At Glastonbury 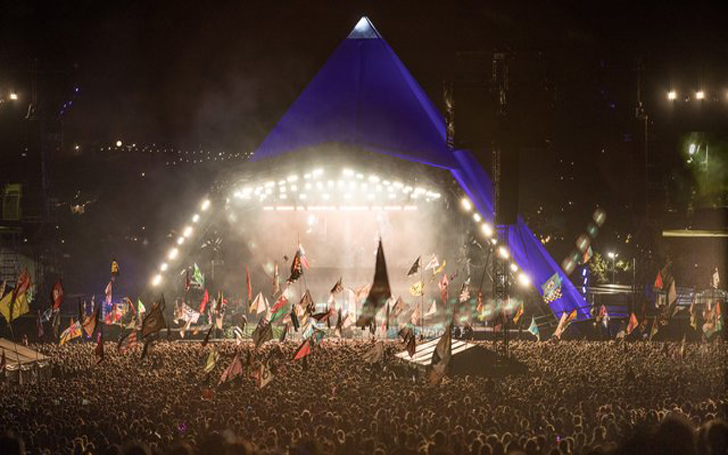 Glastonbury is about to be a little more fun as Liam Gallagher, and The Killers are set to collaborate.

'The Killers' are a Las Vegas band that treads the line between rock and pop, and they are good at making stadium shaking songs that everyone can follow.

There is one such band in the UK which was both critically lauded and commercially successful. Oasis rocked football stadiums all over the UK back in the 90s, but they are most probably not getting together.

But it seems Glastonbury is getting the one half of the frontman duo of the band Oasis. Liam Gallagher is all set to perform before The Killers, and if rumors are to be believed, then he is joining the group onstage when The Killers come out to play for their headlining gig.

Watch: One of the biggest hits of The Killers' career

Liam Gallagher just recently released a new song Shockwave, as a solo artist, last month, is said to be a huge fan of Brandon Flowers.

A source close to the situation said;

Liam is a big fan of Brandon and the lads and has got on stage with them a few times. But they got talking about doing a proper bit together, so have been speaking about doing something on Saturday night.

Liam is known for making last-minute decisions, and there was no surprise her, "As ever with Liam, things go right down to the wire, but both sides are keen to do something, and Liam is on directly before The Killers."

The two acts on the stage together will not be the first time Liam will take the stage with the band from America. He joined The Killers on stage at the Latitude Festival, where the group covered 'Acquiesce' the famous Oasis B-side. Liam also joined the band on stage while they were on tour in Brazil. He only took the stage with them, but neither time did they perform together. It seems as though that will change pretty soon.

Watch: Liam Gallagher joins The Killers on stage in Brazil

The organizers of Glastonbury are getting a couple of great performers on stage, but they also have another idea in mind. Michael Eavis, the creator of Glasto, wants the Oasis to reform and headline Glastonbury for the third time. Because the brothers seem to never be on the same page and their feud never seems to end. It is pretty unlikely for the Oasis to come back and perform again any time soon (or ever).

Also Read: Jess Glynne Has Been Given A Lifetime Ban From Performing At The Isle Of Wight festival

The organizer Emily Eavis, on the other hand, wants Liam to headline the music festival on his own. But Liam is not much keen on that idea as he wants to build up a catalog first, to justify headlining such an iconic festival.

The source also said how Liam feels about possibly headlining the event on his own, "Oasis has headlined twice before, but Liam didn't want it to just be a tribute act - he wants to headline the festival when he feels he can play enough of his own music to justify it."

The source continued, "Organisers were a touch surprised, but he was still happy to be second on the bill."

Rainfall is a constant at the UK festival scene but it seems this week even the gods want to see Liam and The Killers perform together for the first time. The prediction for the weather is sunny 35 degrees so, people making the trip to Glastonbury, carry some sunscreen and water along with those beers. We don't want to see people getting carried out on stretchers. Above all, have fun!