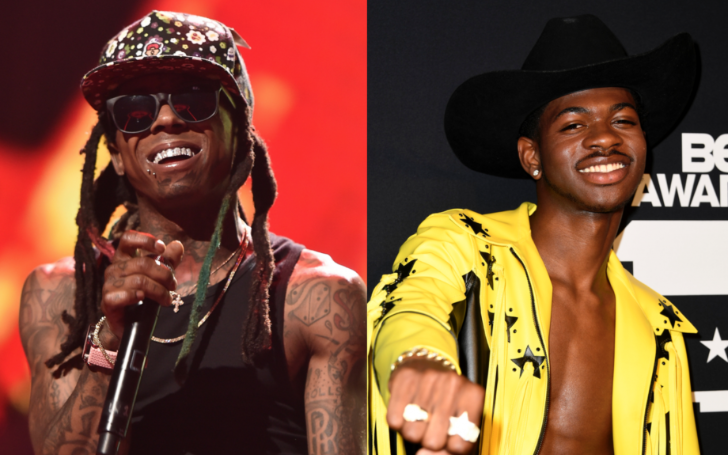 There are around 79 versions of 'Old Town Road,' and Lil Wayne makes it 80 by performing his version of the song taking to the Lollapalooza set this Saturday.

The very own version of Wayne's remix has been kicking around since mid-July after an audio clip of the song was released on Youtube.

As of now, the 36-year-old rapper is often seen performing his rendition of the superhit song on his ongoing tour with Blink-182 at Lollapalooza 2019 held at Chicago's Grant Park. In addition Wayne performed some of his hit songs "No Problem," "BedRock" and more.

The 'Lollipop' hitmaker released his long-awaited extended playlist 'The Carter V' last year and to celebrate the upcoming tour, Blink-182 and Wayne have done a mashup of "What's My Age Again?" and "A Milli." Watch their performance below.

Blink 182 and Lil Wayne have been touring since this June 27, and their upcoming gig is on Tuesday at San Diego, CA at North Island Credit Union Amphitheatre. You can join along and hear Wayne's rendition of the 'Old Town Road' by yourself.

FYI, Lil Nas X's 'Old Town Road' broke Billboard's singles record notching the 17th week at the top of the 'Hot 100'. The song initially went viral on the talent video sharing platform TikTok and as of now different version of the song can be heard.

Stay tuned and connected to find out latest news and updates of your beloved celebrity and shows.