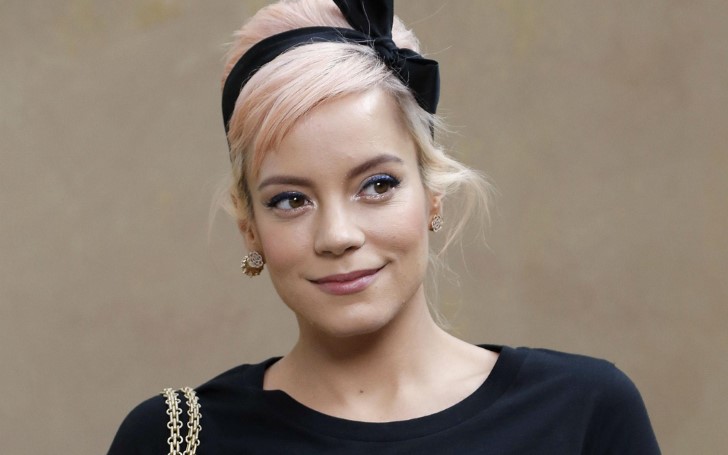 Singer Lily Allen provides a detailed candid series of pictures and videos that display her topless body as she gets ready for the Brit Awards after-party last night.

British singer Lily Allen was among the other big Hollywood musicians who attended the 2019 BRIT Awards ceremony last night.

Sleeked in her middle partition black wig and donned in a goth-styled black dress, the 33 years old singer looked flawless when she arrived at the venue.

Like the usual times, Allen again took to her Instagram for her fans to show all of her everyday celebrity routines.

After the end of the Awards ceremony, the 'Best British Female Solo Artist' nominee provided a few detailed glimpses of getting prepared for the after party where she can be seen completely nude.

As the star previously rocked a black wig to attend the Awards night, Lily decided to mix up her look for the after party.

In one of the footages shared by the singer, Allen films herself getting styled by her stylist as she completely remains topless.

Donned in a white wig with sparkling hairclips attached on it, Lily tells her viewers in the shared clip:

Posing completely nude in front of a mirror, she covers her assets with her bare hands, whilst her makeup artist applies some body makeup on her.

"Literally lightening my nipples right now. Georgie is plucking hairs out of my nipples."

"I didn't even know they were there because I haven't looked at my nipples in so long!"

Though the singer didn't win the Award for the British Solo Female category, it seems like Lily didn't want to let her nipple hair down.

Lily then slipped into a semi-sheer floral Coach dress from the PreFall 2019 collection. Her sheer skirt embellished with bright pink and nude furry feathers ensured she grabbed attention at the party, and she eventually did.

Adding more glamour to her natural beauty features, she opted to go for a light makeup on her face followed by a shiny lip gloss and pink eyeshadow. Finishing off the makeup look, her stylist styled her platinum blonde wig with low curls put in a middle partition.

The star then completed her look by accessorizing with a collection of rings and bracelets as she put on a pair of nude heels.

Similarly, other videos shared by the singer consisted of partying with her crews inside a car by popping up some champagne bottles.