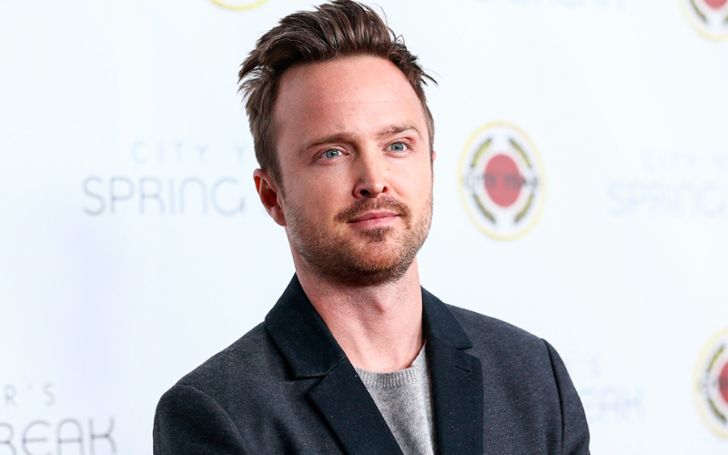 The Breaking Bad Star Aaron Paul is set to be honored at The Sun Valley Film Festival.

The Need for Speed star is set to be honored with Pioneer Award at The Sun Valley Film Festival on February 21, 2019. The award will be rewarded as an appreciation for Aaron's excellent deliverance and dedication in his movies and television shows.

The star-studded movie festival will be hosted in Sun Valley in Idaho where Aaron Paul will be a part of the worldwide screening of Christopher Cantwell's new thriller movie 'The Parts You Lose'.

The movie is based on a screenplay by Darren Lemke where Aaron plays the role of a fugitive criminal. he later hides on a family farm in 'North Dakota' along with Danny Murphy who relishes the role of his friend and surprisingly deaf in real.

The story of the movie has not been revealed yet but going through its short description it feels like it's an interesting thriller.

Check out some of the make clips:

Even with his hearing disabilities, the young Danny will definitely motivate a lot of disabled people inspiring them with his incredible performance in his debut movie.

Check out a short clip on Dany First Ever visit a Hockey Game where Danny shares "I have my jersey on to support the team."

Check out: What Famous Celebrities Think of the Persistent Issue of Global Warming

Followingly, the festival's Top honor award and Vision Award is set to be awarded to Meg Ryan as a tribute for her creative insight, leadership, and influence towards the industry.

The 57-year-old actress along with former winners Geena Davis, Oliver Stone, Clint Eastwood, and Gwyneth Paltrow will be delivered their awards at a private dinner.