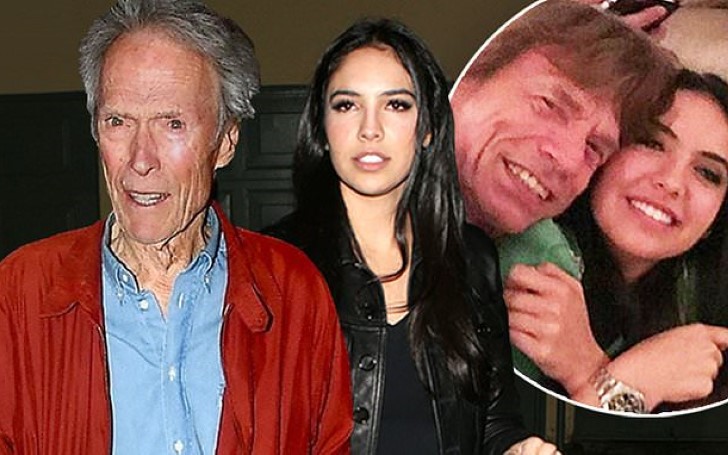 Mick Jagger's former flame Noor Alfallah, who is merely 23 seems to have a thing for older men. 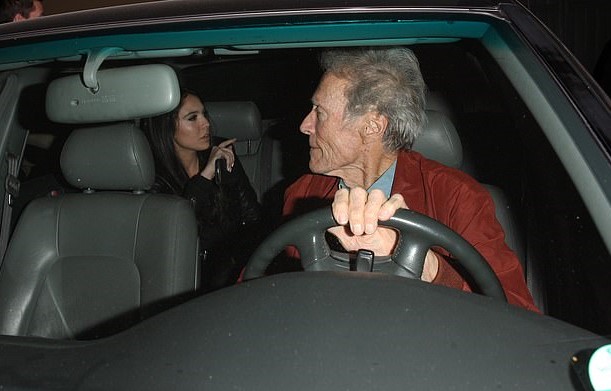 Although the young lady denies the dating rumors, she was recently spotted with Eastwood leaving celeb hotspot Craig, after their dinner in West Hollywood LA.

You may also like: Singer Christina Aguilera Relocates To Las Vegas

Alfallah, glammed up in black from top to toe looked stunning in a black leather jacket, black top, and a stunning black shiny boot.

Clint dressed in a red jacket, blue shirt and brown pants drove off, turned his head from the paparazzi as Noor got in the back seat of the car.

The two times Oscar Awards recipient denies the dating rumors and insists he and Alfallah are just friends. He reportedly answered to Daily Mail on their relationship status.

When interrogated with the same dating question, Noor responded to the publication saying:

Noor Alfallah last linked to 57-year-old billionaire Nicolas Berggruen further replied with "no comments" when asked who she is dating at the moment.

Meanwhile, despite claiming she and the 88 years old celebrity are not having an affair, Noor is facing backlashes and negative judgments on the internet for being spotted with the film producer.

Me and my mirror !

A Twitter user under the name of Always Benny commented on the topic saying:

"omg, a young lady is dating a corpse!!"

Another one continued with:

"if your name is noor alfallah and you’re dating men 60 years your senior, stop."

Furthermore, one user on the platform didn't even hesitate to call the black haired beauty a gold digger. User Chris Carpenter stated:

See more: Pete Davidson and Judd Apatow are Teaming Up For Comedy For Universal