Lindsay Hubbard Boyfriend - Is the TV Personality Dating Anyone 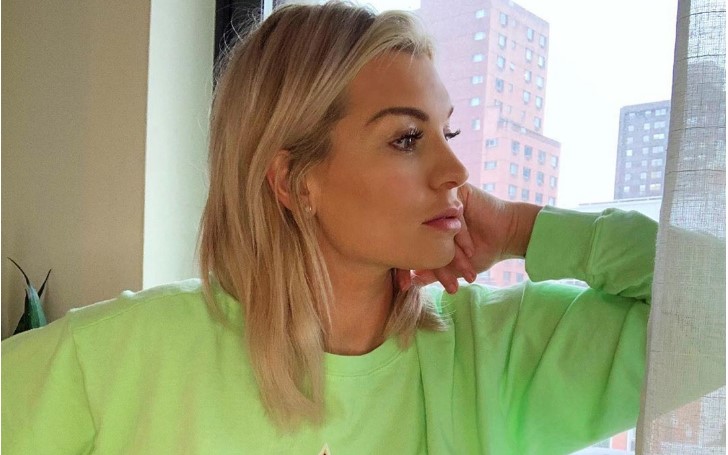 Lindsay Hubbard is one of the members of 'Summer House,' a Bravo TV reality series where "affluent New Yorkers head during the summer to have a good time and get away from the stresses of city life."

It's sure nobody missed to feel the presence of Lindsay as she is considered as the alpha female of the house. Though 'Summer House' managed to show every side of the 33-year-old. More than her tough side, we got to see her vulnerable sides.

If you ever followed the Bravo TV series, then you must be aware Lindsay Hubbard was in her quest to find love, well not apparently, but all the things that happened in the house led to those situations. So, has she found her someone special, or is she still single?

Lindsay Hubbard Boyfriend - Is the TV Personality Dating Someone?

Lindsay Hubbard, according to the reports, has found her someone special. However, her special someone is from outside the 'Summer House.' Her new love interest is a guy named Stephen Traversie. Indeed, Lindsay Hubbard is currently dating her boyfriend, Stephen.

It's still unconfirmed how the couple met, but the two went public about their relationship on June 20, 2019. Their association seemed nothing like they were in a relationship that time, apart from some flirtings. While everyone one busy speculating her romance with someone else, these two were burgeoning their romance.

Also Read: Joshua Bassett Girlfriend in 2020 - is the Actor Dating Someone?

The couple took helicopter ride together, Traversie even attended Lindsay's birthday party on August 15, 2019, the two even went on a romantic vacation to Positano and Rome in September. These all suggest Lindsay has finally found the one she wants to be together forever.

Who is Stephen Traversie?

According to Stephen Traversie's profile, he is a Senior Director of Marketing at Tao Group Hospitality; moreover, as you already know, he is Lindsay Hubbard's beau. Sorry for making sound juvenile, but that's the only information available about him right now.

Stephen Traversie is a stage 3 cancer survivor. He was diagnosed with cancer in 2013.
Photo Source: Lindsay Hubbard Instagram

There is, however, some interesting facts about Stephen that we thought you would be interested to know. According to the reports, Hubbard's new love-interest likes to play soccer, also participates in marathons, and not to forget likes to travel mostly.

The most exciting fact about traversie, if you will, is he is a stage three cancer survivor. The reports suggest Stephen was diagnosed with cancer in 2013 and was in remission for almost six years.

So, as a cancer survivor, he wants to give back by running the 2020 New York Marathon to raise funds for cancer research. Isn't that something amazing! At this, it's safe to say, Lindsay has found her someone special with a heart of gold, and indeed, he is a fighter.

You May Also Like: Evelyn Penn Willis - Some Facts to Know About Bruce Willis Daughter