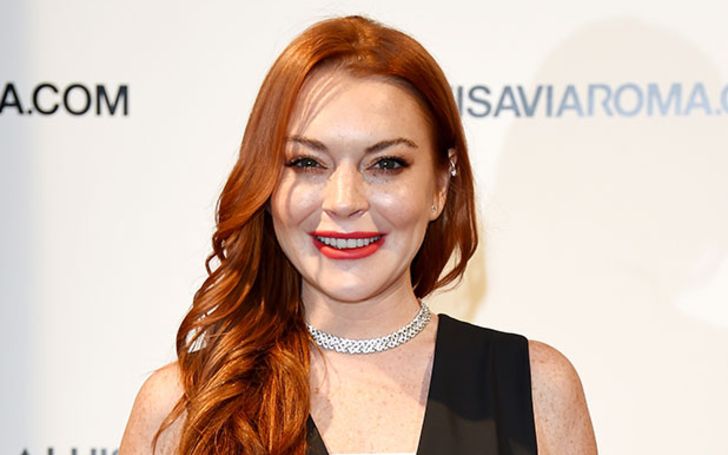 Lindsay Lohan piqued everyone's interest in her romance rumors after sharing a group picture including her boyfriend on Instagram.

The 'Mean Girl' called for attention when she shared a lovely click from the Dubai Music Festival. As a caption, the star writes, "lovely night with sister & my boyfriend Bader, such a magical night."

Lohan didn't tag anyone in the picture beside singer Dan Smith, who looked to be standing on the far right corner in the film. Although Lindsay didn't tag anyone, we found she follows Badar Shammas on Instagram. His account can't be accessed as it is entirely private.

You May Also Like: Tanya Rad - Some Facts to Know About Ryan Seacrest's Co-Host, and Does She Have a Boyfriend in 2020?

Having said that, just as the singer posted that caption, she quickly deleted it while replacing it with an emoji. Fans were quick to comment on the topic. One fan wrote, "Lindsay got a new Habibi," while another was quick to write, "When your first caption was a bit off - delete and replace it with an emoji."

Lindsay deleted her previous caption and replaced it with an emoji.
Source: Instagram

Regardless, fans already started speculating about Lohan's new relationship the moment she wrote that caption. Now, there's just no going back. There were a lot of comments and wishes from elated fans towards the couple.

The businesswoman shut her lips regarding the budding news of her romance. However, she did post a sweet video to the Southampton High School for putting up a performance of 'Freaky Friday', which was her 2003 movie alongside Jamie Curtis.