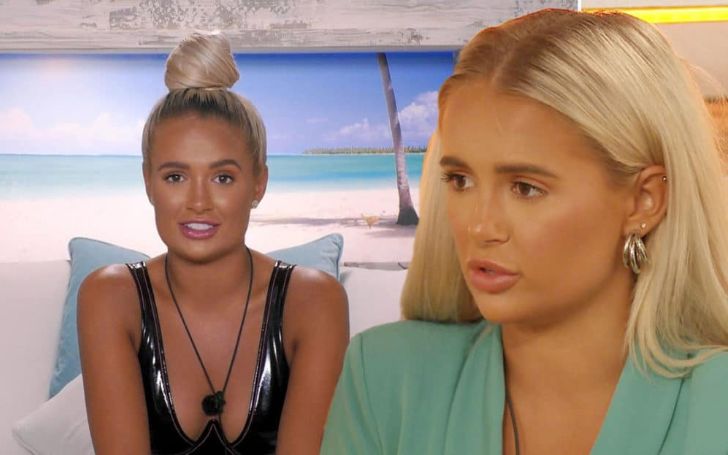 Molly-Mae is going through sessions of therapy after trolls targeted her following her exit from the villa.

Molly-Mae Hague and boyfriend Tommy Fury finished second in the last week finale of the show, which was won by Amber Gill and Greg O’Shea.

According to the reports, Molly-Mae is going through sessions of therapy provided by the show, after trolls targeted her.

As a courtesy by the show, each Islander who leaves the villa is offered a minimum of eight therapy session.

The show also enterprise contact for 14 months after the series has ended, as it's quite apparent people can go through a lot of trauma after being eliminated.

Something similar happened with Molly-Mae, as one of the sources said, "It’s been tough for Molly-Mae since leaving the show. She’s always had a positive experience online but has been cruelly targeted since going on Love Island."

The source continued, "It’s been incredibly upsetting for her, and she’s struggled to understand why it’s happened to her. She decided to take up the offer of therapy to try and get her head around it all and hopefully get back to her old self soon."

The source further added, "All the Islanders are offered it, but everyone has been particularly worried about her since the show and have insisted that she get some help to cope with it all.”

Hague took a short break from her social media following her the show, which left fans to speculate fans whether the Instagram model parted her ways with boyfriend Tommy Fury.

But It seems Love Island is restricting Hague from using any of her social media handles as the sources claimed Molly-Mae was advised to take a break from social media for a while after the finale.

ITV also confirmed all contestants would be offered enhanced psychological support before and after filming; the TV network as said Islanders would receive "bespoke social media training” and advice on finance upon returning home.