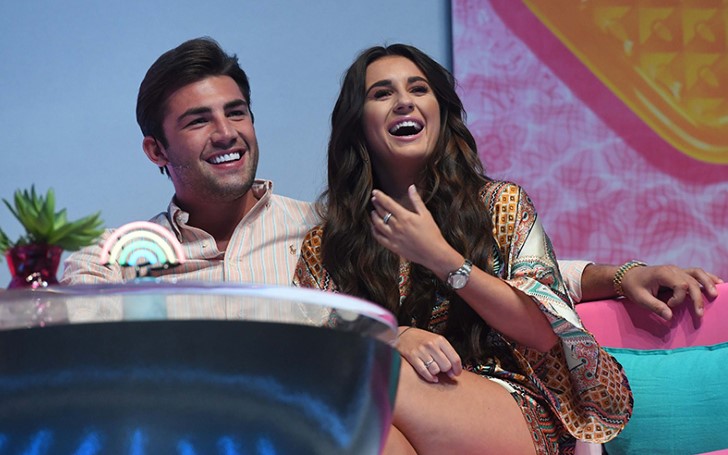 The reality show star is scheduled to fight the 41-year-old EastEnders actor Danny Dyer at a Boxing With The Stars event.

According to the reports by an insider to The Sun, organizers tend to give the reality star a real challenge.

“Jack’s a bit of a pro in the ring, having boxed for most of his adult life. Organizers want to give him a real challenge and know coming head to head with Danny would give him the ultimate jitters."

The reality show star Jack already is training for the bout set in June.

Jack, initially inspired by heavyweight world champ Anthony Joshua’s weigh-in against Alexander Povetkin at Wembley in September, is getting back on the ring to face Eastender's actor and his girlfriend's dad Danny on Boxing with The Stars on June.

‘Boxing With The Stars’ is the charity boxing show organized by Jake Wood who plays Max Branning on the soap, and former European champion Spencer Oliver in 2016.

The show primarily raises fund from the night including drink receptions, a 3-course meal, and an after-party for the charity Isabel Hospice which supports cancer patients and other patients with life-limiting illnesses.

The upcoming match presumably will help in the rise of views as the show will be televised, eventually raising the fund for the charity.

“This time the match will be televised. It would be guaranteed to view gold and raise tons for charity in the process."

However, the apparent concern regarding the fight is if the couple decides to part their ways like they did at the end of 2018, the upcoming fight will likely turn nasty.

“The only concern at the moment is what would happen if Jack and Dani were to split up again. It could all get a bit serious.”

Jack and Dani, the winner of last year's Love Island, first sparked their relationship while on the show. Their relationship, however, has endured becoming stronger ever since winning the dating show last summer.

With two of her beloved people - father and boyfriend, fighting against each other, Dani undoubtedly will face some sort of dilemma while picking the sides on the event.