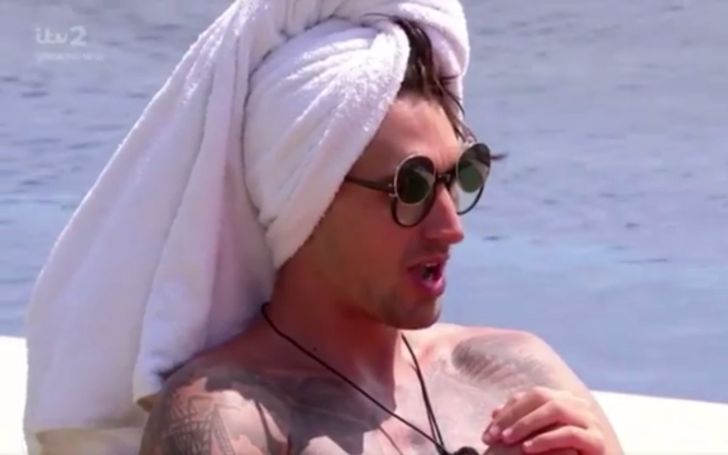 Chris Taylor dropped the jaw of many revealing his favorite sex position.

Love Island's Chris Taylor has been making quiet an impressive remark lately. Mostly they love the cool guy for his senses of humor and sanity.

Well, this time, he didn't shy away to express his favorite sex position, and it was none other than a little-known pose 'anaconda.'

Baffled? So did the answer to all the ITV2 star and viewers scratching their heads trying to figure out what the term meant.

According to reports by The Sun, the 'Anaconda' is a thing when a man withdraws quickly while receiving oral sex.

However, it is shockingly violent as the male partner “makes a fist with both hands then quickly punches the partner on both sides of the neck at the same time, hence causing a swelling action.”

Further details about the sex position reads: "The man then inserts himself back into the person's mouth, having the feeling of an anaconda around him from the swollen neck."

Soon as Chris shared about the never heard position fans came out with different confessions and comments.

“Could someone please tell me what the Anaconda is…. If it is lying on the floor trying to digest a huge meal, then that’s my kind of kink.”

“Watching Love Island and just had to Google what the anaconda sex position is, I think I’ve lived a very sheltered life.”

So what do you think about the new Kamasutra position, would you like to give it a try?