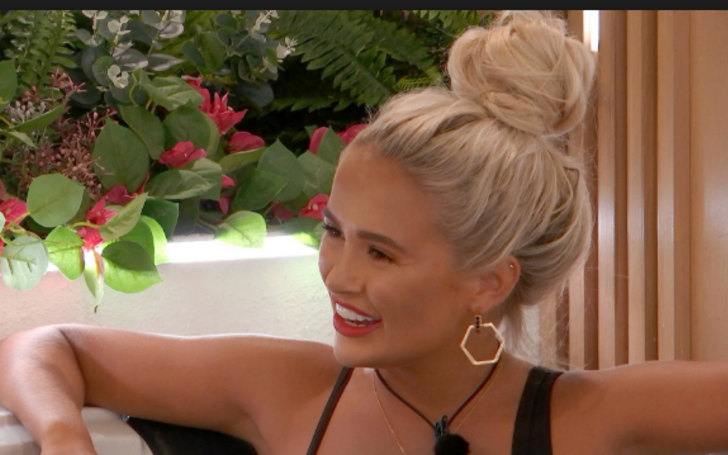 Molly-Mae Hague sneezed and farted at the same time which left fans rolling on the floor laughing.

Well, no one was expecting this one for sure, at least, we were not expecting this to air on TV. Molly-Mae Hague sneezed and farted at the same time which left fans rolling on the floor laughing.

Chris Taylor even called Molly-Mae out on it, Just imagine how terribly embarrassing it must have been for her.

As seen on the episode, Hague was sitting, when a light breeze tickled her and made her sneeze, followed by, well you know what!

Call it a misfortune; the camera zooms at Molly-Mae's face just that very moment, viewers could clearly see Hague rolling her eyes to check if anyone heard the pop sound!

And Taylor with ears like Pigeon said, "did you just fart?" Curtis Pritchard burst into giggles after hearing Chris say, "Did you think you'd got away with that as well? I've done that too many times not to notice it!"

One fan on Twitter said, "Molly ur not the only one who tried to cover up a fart with a sneeze..."

Another said, "molly mae not being able to hold in her fart when sneezing are way better than those s****y dates we seen this week"

While another fan wrote: "Haha Molly Mae totally thought she had got away with that sneeze fart"

Well, it was terrible luck for Molly-Mae, but fans were in stitches when it aired on Love Island's Unseen Bits last night as they saw Molly-Mae tried to ignore her little accident.