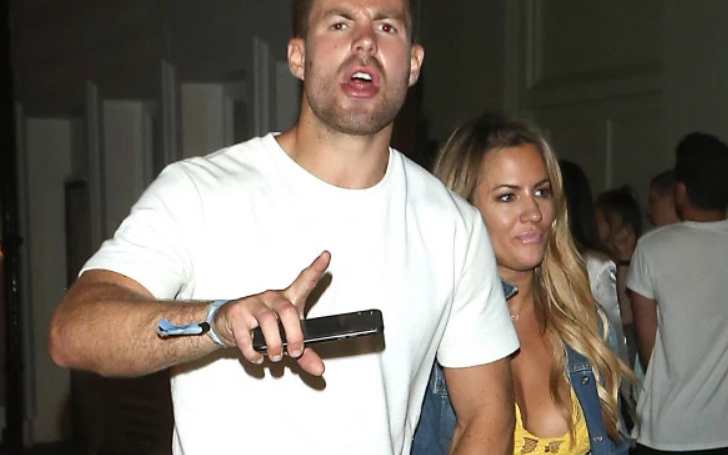 Caroline Flack and Bradley Simmonds were seen holding hands as two left London Club together at three were morning yesterday.

The rumors started to circulate when the alleged couple was seen holding hands as two left London Club together at 3 am morning yesterday.

Caroline seemed coy as she grabbed Bradley's hand and left the private member's club and got into the same taxi.

Caroline seemed coy as she grabbed Bradley's hand and left the private member's club and got into the same taxi.

Bradley and the Islander, Hague, dated each other back in February and now the rumors suggest, and it is quite evident too that Flack is dating Simmonds.

However, Bradley is not the only with whom Flack is associated recently; it was also rumored that the Islander host is close to ex-Islander, Tom Walk.

Some footage came out last week, which suggest the Flack and Tom are dating, but previous night occurrence tells a different story.

As Bradley and Flack were seen holding hand and leaving the London Club at the middle of the night, the rumors are more leaned towards the two now, and Tom does not stand a chance here.

As the duo came out, Bradley was seen in much casual fashion wearing shorts and a t-shirt, while Flack wore a flirty yellow dress that barely managed to hide her assets.

As we mentioned, the duo got into the same taxi where Caroline was seen cozying up to Bradley's chest and couldn't stop smiling as they posted videos and pictures of their night out online.

The duo is often seen in events together, and despite the rife rumors, Caroline insisted they are just close friends.

After the recent heartbreak in 2018, Flack said she is now dating someone new but keeping tight-lipped about who it is.

Caroline said: "I’m getting back on the horse. I’ve been dating and enjoying it. I’ve decided to give people a chance, go and date and have some fun with it. There doesn’t always have to be an end-goal.”