Why Is Caroline Flack Summoned For ‘Emergency Love Island Filming’? 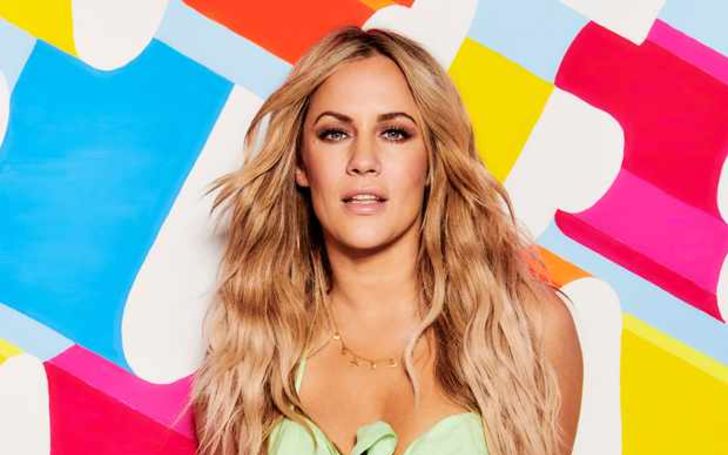 Caroline Flack set people talking when she announced to her followers that after the girls had been moved to Casa Amor, she was reportedly brought in for emergency shooting by the producers. A TWIST IS JUST A STONE’S THROW AWAY!

Speaking in a video on her Instagram, Caroline said: “So I put myself down for a little siesta and set myself down for dinner, and my Love Island pager went off. And I’ve been summoned to do some filming, some late night filming. That’s what happens on the island of love, always on call.”

Caroline mentioned she doesn’t have a Love Island pager; just a producer who calls her up.

Flack made the revelation on her Instagram account on Saturday, subsequent to the episode where the girls and guys went into Casa Amor.

Also Read: Love Island: Yewande And Arabella Will Finally Give Fans The Showdown They Are Waiting For!

Just when people thought that all of their favorite Love Island couples were safe and secure in their little partnerships, the writers throw in 12 new sexy single islanders to go and complicate everything.

On Friday night’s episode, viewers were left in shock in the wake of seeing that Anna’s head had clearly been shifted away from Jordan with new guy Ovie Soko. Maura was becoming acquainted with the professional footballer Dennon Lewis, and the other girls appeared to be happy and committed to their current chaps.

But in the first look for Sunday night’s part, it seems more and more of the boys are getting wooed by the new women in the villa – with Curtis Pritchard hesitating to answer when Tommy Fury asked him if his heart has been changed by new girl Joanna.

Michael also seems pretty tangled with his choice as to stay loyal to Amber, by disclosing to Joanna that there had been a ‘few childish moments’ he had spotted with Amber, however, that he was certainly open to getting to know her.

Basically, the next episode is going to bring a whole new level of drama.

From teasers so far, Casa Amor is certainly living up to its name with the original girls quickly getting tempted by the arrivals of a new hunk.

Anna shared a kiss with new boy Ovie, while an unaware Jordan Hames was left back at the main villa.

Audiences were also exhilarated to see Maura Higgins get a snog at last after spectacle with Tom Walker led to the latter being deported from the Villa.

Meanwhile, Michael Griffiths doesn't look to be lamenting Amber Gill too much, as he was seen cozying up to a new female, but fans seem relieved to know, not all is as it appears.

J.G tweeted: "Okay so let's be clear we all know Michael is not cheating. They are definitely playing some kind of game. I ain't falling for it #LoveIsland."

You May Also Like: Jennifer Zamparelli Wants Love Island Contestant Maura Higgins On Dancing With The Stars

Despite the girls' attempts to impress out the Love Island boys back at the villa, it seems everyone is okay with breaking the rules.