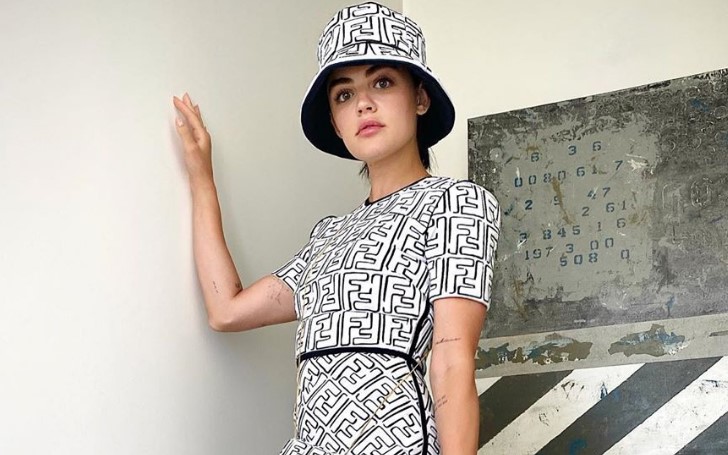 Katy Keene actress Lucy Hale commemorated her time on the show and praised her cast members and fans.

Previously we covered a story The CW canceled 'Riverdale' spinoff 'Katy Keene.' Following the news, the lead character of the series, Lucy Hale, took to her Instagram and shared a video.

On her video, the actress teared up and got emotional as she said, "I kind of struggled all day with what I wanted to say about this, or If I shouldn't say anything, but nothing felt right," as she heard the news.

Here's the full story, Lucy weighed in on the cancellation of the show, on Thursday; the actress who starred in the series as the eponymous would-be fashion designer, on her post commemorated her time on the show and praised the cast members and fans.

Also Read: 'Days of Our Lives' to Resume Production in September

Hale wrote, "My thoughts, sad to deliver this news! But I love the show. I love what it stands for. And mostly I love YOU. To the cast, crew, and all involved... I adore you."

So, the reason the network decided to cancel Riverdale spin-off as it failed to draw in viewers when they aired, however, there were some hopes following the show landed on streaming platforms, unlike its fellow shows 'Batwoman' and 'Nancy.'

Lastly, Katy Keene actress said, "Long story short; I am just grateful. I am grateful for the role of a lifetime, what a blast, and (creators) Michael Grassi and Roberto Aguirre-Sacasa and the cast. You guys are just magic. They have been there for me and supported everything I've done; I realized how lucky I am. Oh s**t, sorry, some of you are like, and turn this video off."

You May Also Like: 'Magnum P.I.' Returning to Production