home Entertainment Who is Madelaine Petsch's Boyfriend? Is She Dating Someone in 2020?

Who is Madelaine Petsch's Boyfriend? Is She Dating Someone in 2020? 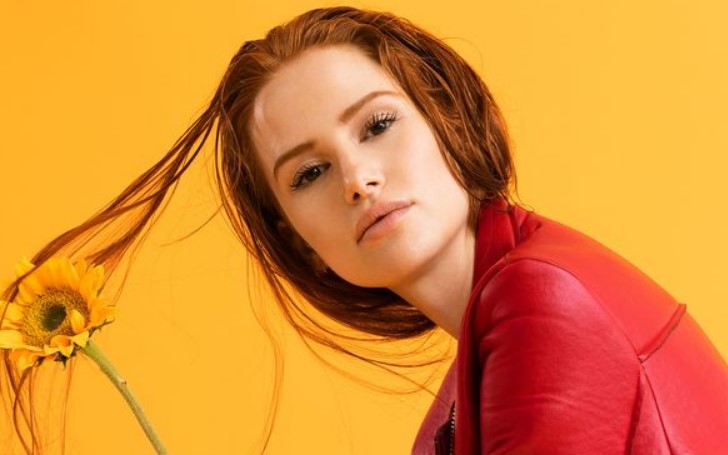 Madelaine Petsch (born Madelaine Grobbelaar Petsch) is an American YouTuber, who later found more prominence after appearing on 'The CW's series Riverdale. The YouTuber-cum-actress portrays the character of 'Cheryl Blossom' on the highly acclaimed series, Riverdale.

Madelaine, who was born on August 18, 1994, in Port Washington, was always leaned towards arts. At the mere age of three, she began dance classes, and at the age of five, the actress joined theater classes. On later years, Petsch attended Tacoma School of the Arts.

While talking about her career, Madelaine's first-ever project was an advertisement campaign for Coca-Cola in 2014, which helped her big time for the exposure, and after two years, she was cast of Riverdale. She was selected as one of the casts, and they began shooting in 2017.

Madelaine, though has starred in numerous shows, Riverdale remains highly acclaimed series she ever appeared on, which helped climb the ladder of success. It's nothing new how successful she is an actress, but the question in our mind right now is, she dating someone in 2020? Let's find out.

Madelaine Petsch Boyfriend in 2020, Is She Dating Someone?

Madelaine Petsch was in a relationship with her ex-boyfriend, Travis Mills. The former couple called their relationship off on February 20, 2020. Madelaine, therefore, is still single in 2020.
Photo Source: Travis Mills Instagram

So, with all these, Madelaine Petsch is currently single. While the rumors of their split surfaced in December of 2019, as the former couple had already stopped appearing together at events, Travis confirmed the split on his social media.

Travis took to his Instagram account, wrote a heartfelt note where he stated, "I'm so incredibly grateful to have shared the last three years with someone as compassionate, smart & beautiful as Madelaine. The personal growth made possible by our time together I wouldn't trade for anything.⁣⁣⁣⁣"

Madelaine Petsch and Travis Mill's love story began with a 'congratulation' message on Facebook. However, Riverdale also plays a role in bringing two former lovebirds together indirectly. According to the reports, It was Mills who first messaged Medelaine via Facebook congratulating her for the first season of Riverdale.

Travis, who also appeared for the audition for a role of 'Jughead' on the show, did not make the cut, was happy for Petsch for the selection. Mills. His text became the bridge for two to communicate further and ended up going for a movie the same night. And that was the beginning of their three years-long relationship.

But even the most loving couple did not last long and called their relationship off. However, none of them has commented on their breakup, and we are yet to know the reason behind their split.

You May Also Like: Music Mogul Andre Passes Away at Age 59, Find Out About Andre Harrell's Family