home Entertainment Who is Madison Stalker Dating? Does She Have a Boyfriend in 2020?

Who is Madison Stalker Dating? Does She Have a Boyfriend in 2020? 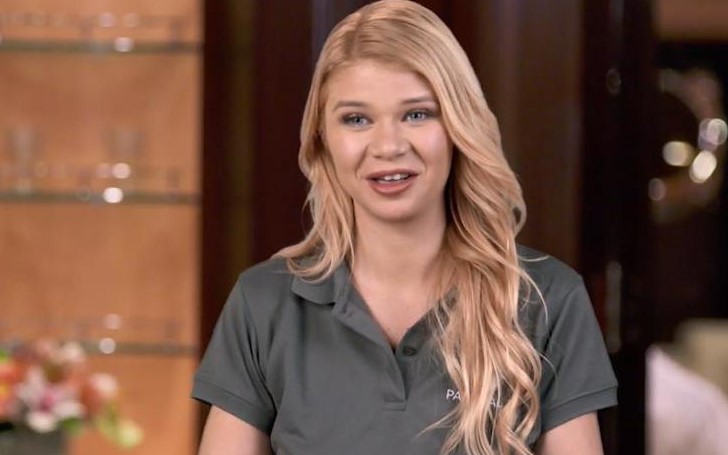 Find out more about Madison Stalker and her relationship.

Who is Madison Stalker?

Madison Stalker is a TV personality who is recently best known for her appearance on the hit Bravo TV series, 'Below the Deck.' However, she is also an actress and has her credits for movies like 'Alex Cross' in 2012, 'The Five-Year Engagement' in 2012, and many more. Madison was born and raised in Detroit and spent most of her childhood as a figure skater.

Following her graduation from Michigan State University, she gave in to her wanderlust lifestyle, and that's how she began to jump from boat to boat. With more than three years of experience, she is having the time of her life. From what we saw on the show, Below the Deck, she seems like a person who is full of energy, witty, and humorous.

Also See: Who is Trisha Prabhu? Know About Her Parents and Other Facts

While most of her lifestyle is shown on the show, we wanted to know something more about her, more personal, if you ask. So, we tried to find out if the TV personality is dating some in 2020. So here's what you should know.

Madison Stalker's Boyfriend, Does She Have One?

Though she is mostly at her work following her graduation, it's tough for her to find the perfect soulmate. Moreover, she also tries to keeps her life secret, but we still found she is still single. Though she gets to meet a new person once in a while at her work, she usually tries to keep herself away from those things.

Also Read: Here's What You Should Know About George Floyd, The Man Who Died Following a Police Interaction

While we are talking about "avoiding," she nearly sparked romance rumors but avoided it after placing the man in the friend zone. According to the reports, there was something building between Madison and Parker McCown, but we can rest assured now as he has no chance with Stalker.

What Is Madison Doing Now?

Since we all know it's time we are spending much of our time in our sweatpants staying home because of the Coronavirus, Madison is no different. During this quarantine, she is comfortable than she was during the latest episode.

But she also said she was in Thailand a few weeks ago. She got stuck there when she was there for her friend's 35th birthday. They canceled their flight coming back, so she legitimately got stuck on an island in Thailand. Stalker finally got back to Bangkok and went to the airport.

Madison explained they were starting to cancel all the flights, and her friend was reading the news and found that Thailand was going to shut down. So they had to go to the hospital to get a clean bill of health to fly, then Stalker got on the second to last flight out.

Madison was supposed to go back to Chicago, so she had to fly through Tokyo, landed in Chicago, following which the TV personality went to Nashville for four-five days and quarantined herself in a hotel room. After that, she went to see Parker, and now she is at Colorado at the ranch.

You May Also Like: Who is Rod Wave Girlfriend? Find Out Who is Dating in 2020