Madonna Grabs The Attention In A Bondage-Style BodySuit, Fishnet Tights And Eye-Patch 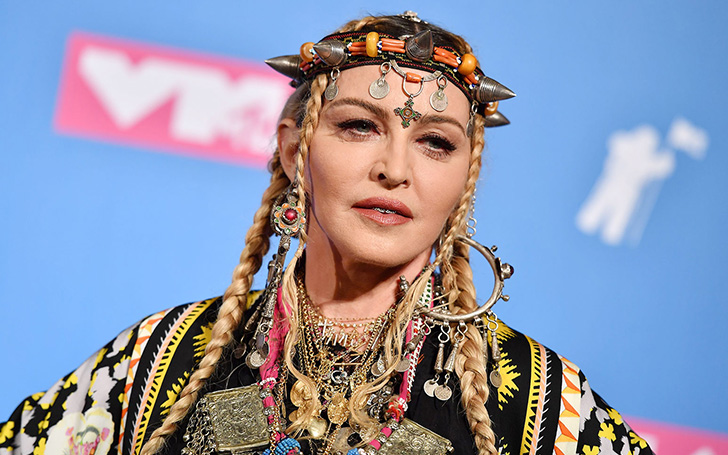 Madonna is back with her first new album on four years.

The legend Madonna is amazingly 60 but looks far younger than her age as she stepped out in London at her MTV Q&A event on Wednesday.

For the event, she went for daring fashion choices as she wore a risque bondage-style ensemble. 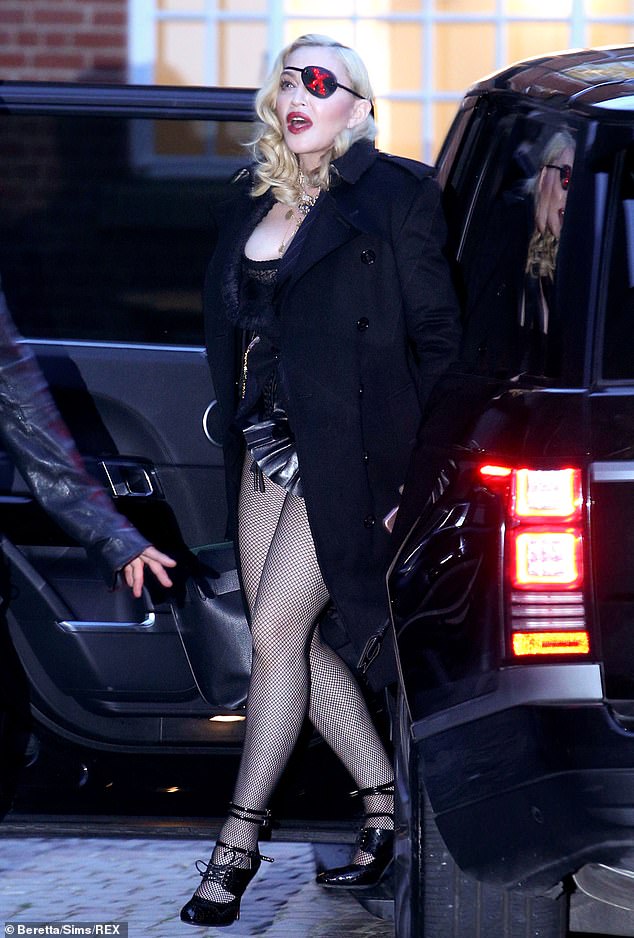 The star shows off her age-defying physique in a lace and leather bodysuit which was cinched around her waist with a gold belt. For the bottom, she went for a pair of fishnet tights, which adding extra height to her statuesque frame with a pair of strappy black heels.

The 60-year-old singer went for heavy accessories including a series of glitzy necklaces and rings, and most noticeably a black and red glitzy eye patch complete with a glittering red 'x'.

In her glove-covered hand, Madonna clutched a leather riding crop as she made her way into the live event. She went for a heavy coat make-up such as a deep rouge lip while styling her bright blonde tresses in tight, glamorous curls.

The legendary singer premiered her sexy video, Medellin hot on the heels of the news that she is releasing a new album, Madame X. As per her, the boredom and depression led her to make the new album after years.