Madonna's Boredom And Depression Are The Reason Behind Her New Album 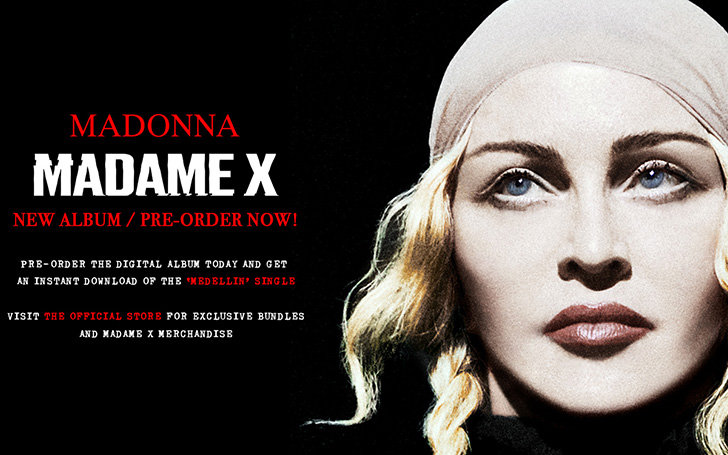 Madonna came back with her new album, Madame X.

Madonna revealed that her depression and boredom were behind her new record. The star who unveiled her latest music video Medellín on Wednesday night at MTV Q&A event in London the inspiration behind her forthcoming 14th studio album happened after she relocated to Lisbon, Portugal.

She told, ''I didn't go to Lisbon to make a record, that was the last thing on my mind. I went to Lisbon because my son wants to be a professional soccer player... [but] I got a little bit depressed.''

The star added why she uprooted for the sport,

''He wasn't going to have the highest level of training in America. So I went to Lisbon to be a soccer mom. That's the last thing you'd expect from a controversial gal like myself.''

She thought that it would be adventurous but found herself just going to school, picking up kids, and going to soccer matches. She then thought about making friends and meeting people.

After trying to ignore "Medellín" for considering Madonna "too old" for her audience, BBC radio back behind and puts single as "Music of the Week." ☕

The legendary artist explained how this lead to creating new music, ''Most of the people I met were artists - either painters or musicians. And I started getting invited to people's homes and they had things called Living Room Sessions.''

Regarding the name of the album, she explained what the title of the album is a reference to, and how the record 'goes back to her roots'.