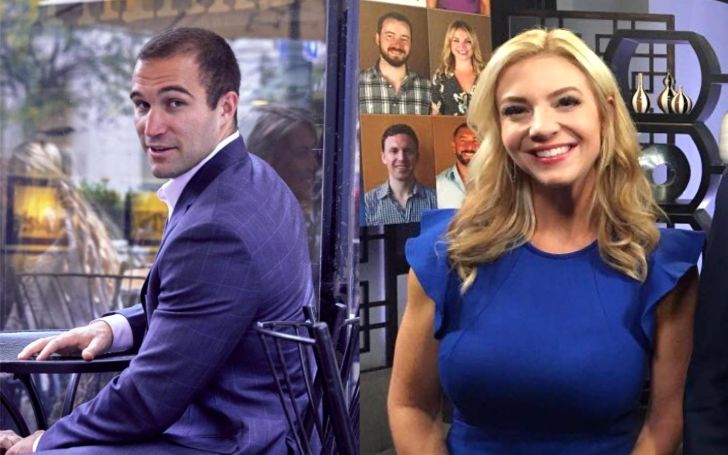 Dr. Jessica Griffin from the MAFS is officially engaged to John Francetic!

Just a few days after the People Mag confirmed that MAFS star Dr. Jessica Griffin won't be featuring in the show just because she can focus on her romance, her boyfriend proposed her during their trip to the Grand Canyon National Park.

A source close to the couple said, “He proposed after their hike and her sister was there. He was so nervous! Jessica had no idea what was happening. It was a total surprise.”

The news of their engagement got out after Francetic himself took to his Instagram account to announce the news. In the photo, the bride and groom to be are laughing as Jessica shows her ring.

I just love how happy she looks. 😍 Oh, and we got engaged at the Grand Canyon yesterday! And now @dr.jessicagriffin is mine foreverrrr #shesmine #nervouswreck @grandcanyonadventures @mpopefinejewelers

“They are both beyond thrilled. They knew this would be the end result all along.”

Well, not only John but Jessica also shared the good news to her Instagram followers.

I have always said, you can find love in extraordinary ways - you just have to follow your heart and be you, nobody other than you, and the right person will find you (if he’s persistent enough and eventually hunts you down and won’t take no for an answer 🤣.) For the first time in my history of knowing him, Jon was at a loss for words and a total adorable mess on his knee. So, of course, I said yes - just helping a guy out 😉 Today, we celebrated yesterday’s Grand Canyon engagement by a sick mountain bike trail ride in Sedona where I decided to faceplant via an endo (where you flip head over feet over your handle bars) and landed on face likely breaking nose, bike landing on top of me and jacked up both legs. Zoom in for the proof. Hey, in my defense, I was a little distracted by this incredible guy. 😍💕💗 I love you with everything I have. @jon_francetic #lovewins #engaged #shesaidyes

On Friday a close friend of the duo told PEOPLE that they are dating for than five months, soon after he wrapped up his season.

Recommended: MAFS: Jessika Power is EXPOSED as a 'Secret Actress'

The Financial Associate was previously paired with Molly Duff, a commercial insurance adjustor. But the pair called it off before their final judgment day and finalized divorce after the show wrapped.