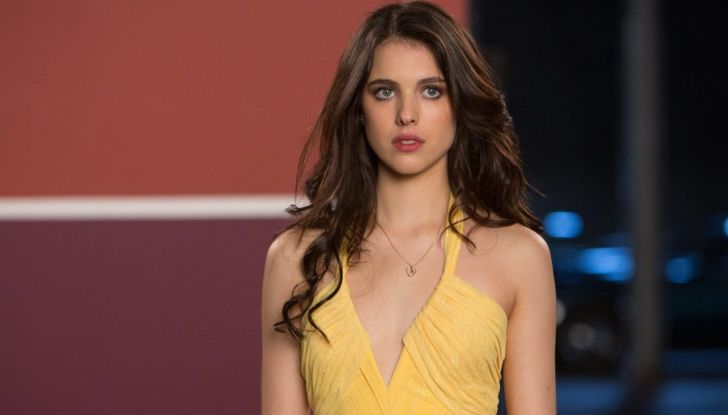 Has Margaret Qualley Gone Under the Knife? Find the Complete Facts Here!

A familiar face to both fashion magazine readers and Quentin Tarintino fans, model, and actress, Margaret Qualley didn't intend to become an actress at first. When Qualley left home at 14, she dreamed of becoming a dancer. But, while training at North Carolina School of Arts and America Ballet Theatre, Qualley shifted her focus to become a model and actress.

From starting with babes' role initially, we saw Qualley win the audience's hearts in the HBO series, The Leftovers, where she played Justin Theroux's daughter. She had Brad Pitt blushing in the 2019 movie Once Upon a Time in Hollywood. While many stars have fallen into the pressures from the appearance-oriented industry and have resorted to plastic surgery to look their best at all times, Qualley, too, may have followed down that path or is rumored to have, at least. Continue reading to find the complete truth.

Has Margaret Qualley Gone Under the Knife?

Is Qualley the one to conform to societal norms; the lengths she went to for her role in Once Upon a Time in Hollywood had suggested, maybe not? Qualley had to keep her legs and armpits bushy to play the free-spirited Pussycat; recalling the character, she said, “I did like being that girl. I was even a little sad to shave my legs after the shoot was over.”

Qualley said she was a little sad to shave her legs after shooting Once Upon a Time in Hollywood.
Photo Source: Surgery Miracles

But even after playing the unconventional character and few other offbeats roles, the actress hasn't been quite free of the plastic surgery allegations that seem to surround every star once during their soaring career. Although not so much of a live debate, Qualley is occasionally doubted for breast implants, lips, and chin filler.

Had Andie MacDowell feared this day and many more to come when she said she wants her daughters to pursue things outside of films, possibly, as one article on Qualley wrote, "Like mother, like daughters," which elucidates that people's speculations around Qualley may have stemmed from MacDowell's history rather than any substantial proof on Qualley herself.

Qualley broke up with Shia LeBeouf amidst a lawsuit against the latter.
Photo Source: Pinterest

Qualley's famous mother, MacDowell, is known for her ageless beauty, and despite her outright denial of having any work done, plastic surgery allegations on the model were inevitable. However, Margaret hasn't responded to the frivolous claims now, as the actress is caught up in a frenzy headline concerning herself. She recently turned ex, Shia LeBeouf, and the lawsuit was filed against him by FKA Twigs.

Qualley to Star Opposite Robert Pattinson!

Months since her split from now-disgraced actor LeBeouf, the talks around the topic are still running wild; about how Qualley shouldn't have dated the notorious actor in the first place or how she reacted late even after the stacked allegations against him. But Qualley is done giving into the opinions and is all for her work ahead now, tells a source.

The movie will follow a passionate love story between Qualley and Pattinson's characters.
Photo Source: Variety

Nominated in Prix Iris' best actress category for her brilliant portrayal of novelist Joanna Rakoff, in My Salinger Year, Qualley currently looks ahead to starring opposite Twilight's famed star Robert Pattinson in the upcoming thriller The Stars at Noon, directed by Claire Denis.

Expected to release by March 2022, the movie will follow the passionate romance between a mysterious English businessman and a stubborn American journalist during the Nicaraguan Revolution in 1984.