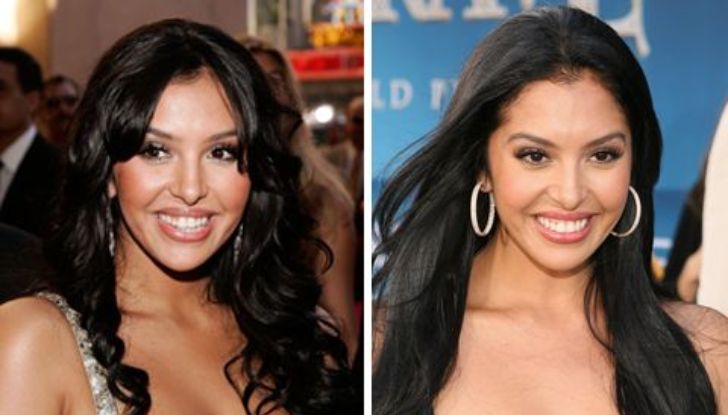 Did Vanessa Bryant Have Plastic Surgery? Get the Complete Facts Here!

Widow of the late NBA player Kobe Bryant, Vanessa Bryant, came in the limelight after her renowned husband and her 13 years old daughter Gianna died in an unfortunate helicopter crash on January 26, 2020. Kobe's fans worldwide came in solidarity with Vanessa, who was stricken with unimaginable grief at the time.

Vanessa Marie Bryant was born on May 5, 1982, in Los Angeles, California. She is a former model and philanthropist. Mother to three daughters now, namely, Natalia, Bianka, and Capri, she has made her kids the greatest priority of her life ever since the tragedy. And as Bryant has suddenly become the subject of people's disdain. The plastic surgery accusation on her has resurfaced again. Continue reading for the complete truth.

Did Vanessa Bryant Have Plastic Surgery?

The plastic surgery allegations are one of many things that have brought Bryant extensive criticism. Some cited the former model tried to develop herself using the overnight fame she got from her husband and daughter's death. She married Kobe on April 18, 2001, and their marriage stood through sexual assault allegations against Kobe and a close divorce scenario.

Experts believe Vanessa Bryant has had a nose job and a lip filler.
Photo Source: Pinterest

A headline back in 2013 alleged that Vanessa underwent cosmetic surgery to keep Kobe from straying. The rumor surfaced after she was pictured looking different in London Olympic Games. Even though her rep released a statement calling the allegations 100 percent untrue and ridiculous, a renowned expert said otherwise.

Recommended: What is Naomi Campbell's Net Worth? Learn all the Details of Her Wealth and Earnings Here

Michigan-based Dr.Anthony Youn said Bryant had had a nose job and a lip filler. Her outright denial of the accusation didn't go right, as she was tagged obsessed with her looks, insecure, and a people pleaser.

An aspiring actor initially, she appeared in various music videos of singers like Snoop Dogg, Ludacris, and Pharell Williams. Bryants calls her modeling career a fate's call as she met Kobe through it and got married to him at the age of eighteen.

Lakers' Kobe's expansive fortune was a known fact. He was reportedly estimated to be worth $1 billion at the time of his death, following which Vanessa became the sole heir of late Kobe's fortune. As of 2021, she is estimated to have a whopping $600 million of net worth.

Check Out: Demi Lovato Comes Out as Non-binary

But the bequest of that colossal wealth wasn't a smooth process. It involved a lot of drama as Vanessa's own mother, Sofia Liane, filed a lawsuit against her own daughter in the hope to obtain a portion of late Kobe's wealth, but all Sofia got was stern backlash and her daughter's candid dismay for her.

Kobe Bryant was recently included in the Naismith Memorial Basketball Hall of Fame, accepting the honor on behalf of her late husband. Bryant delivered a heartfelt speech that left everyone present moved. She revealed Kobe was looking forward to this day and that he wanted to see his children proud as he receives the honor.

As the hall resounded with applause, Bryant said; "If my husband were here tonight, he would have a long list of people to thank that helped inspire him and equip him to be in the Hall of Fame, At the risk of leaving anyone out, I can only say thank you. To all those who helped him get here, you know who you are and I thank you on his behalf."