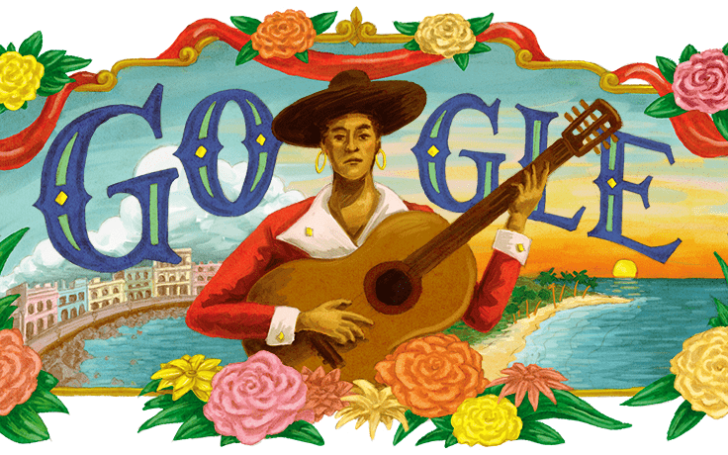 The professional musician and songwriter, popularly known as the grande dame of Cuban music, Maria Teresa Vera was the greatest female Trova singer of all time.

Maria helped define rural folk-style music known as Trova, which is specifically for the traveling musicians. On February 06, 2020, Google celebrated Vera's 125th birthday with a feature on Google Doodle. Here are some of the facts of the acclaimed Cuban singer.

► Vera Was Born in Guanajay, Cuba

The epitome of a singer was born on February 06, 1895, in the province of Pinar del Rio. Today marks the 125th birthday of the Cuban singer.

Maria began her guitar career from Jose Diaz, who taught her from the basics. She got her first performance at the age of 15 while paying a public tribute to Arquimedes Pous.

► The Greatest Female Trova Singer of All Time

Cuban singer and guitarist Maria Teresa Vera was the composer of the nation's rural folk song style, Trova. Maria had an exceptional music career in the 20th century when generally, it was a man's area.

Trova is a rural folk song style that was sung by itinerant musicians known as 'trovadores' who traveled around Cuba Oriente province, especially Santiago de Cuba. The trovadores generally played guitar and earned their money.

Vera commenced her career as a prominent singer in 1911 through theater, singing at the Criolla Mercedes of Manuel Corona.

Maria engaged with Rafael Zequeira to make over a hundred recordings together in New York. She also joined Lorenzo Hierrezuelo to form a 27-year duet in 1935. Some of her songs became a regular feature on Havana's radio stations as well.

You May Also Like: Interesting Facts about Singer Jimi Westbrook; Who Is His Wife?

Teresa also joined a talented group of musicians and founded a group called 'Sexteto Occidente'. However, due to personal issues, the guitarist abandoned the group and joined popular orchestra of Justa Garcia.

► A Descendant of a Slave and a Spanish Military Official

The all-time singer has quite a peculiar family background, having been born in the province of Pinar del Rio, Cuba.

Some of Maria's outstanding works are Por qué me siento triste, No me sabes querer, Yo quiero que tú sepas.
Source: Encaribe

According to the Rincondeyudith blog, Maria was the granddaughter of slaves and the daughter of a Spanish military official father, who chose to stay on the island after the Great Independence war.

The versatile singer recorded upto two hundred songs and played more than a thousand songs in her lifetime.

The woman, who still had so much to do, died at the age of 70 on December 16, 1965. After her demise, there was a small theater built in the singer's name in her hometown. There is a collection of songs recorded to celebrate her 100th birthday in the tribute album 'A Maria Teresa Vera.'

Also See: Who is English singer Jorja Smith? Facts To Know about the 'Be Honest' Hitmaker

Make sure to visit, Glamour Fame for more of celebrity related news.