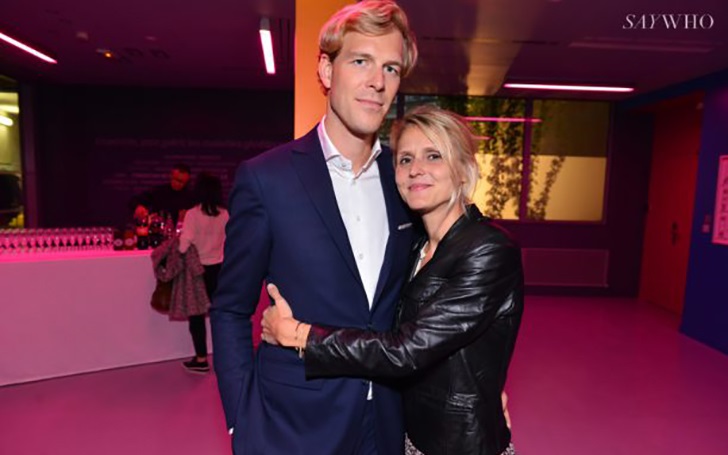 First. There's one thing you should really know about Marie Besnier Beauvalot. Every website that includes a photo of her is only "allegedly" her. The truth is far from a simple looking up the first thing you see on the Internet.

Almost every photo you see claiming to be the billionaire heiress is absolutely not her. Ever wonder why Forbes hasn't put up a photo of her yet? Everyone has been using the photo of a model who goes by the name of Jessica Gomes, who is half Portuguese and half Chinese. At times like these, we'd only trust Getty Images.

Now you see why you thought Marie looked a little too Asian to be French. Plus, Jessica Gomes is Australian (by nationality). Unsurprisingly, we only found one French website which knew of the error. But discussing this would be a whole new topic. So let's move on to the billionaire (Pardon the non-availability of her photos).

Life is sweet when you're born with a silver spoon in your mouth — especially a French one at that. Marie Besnier Beauvalot is the daughter Michel Besnier, the owner of French dairy company, 'Lactalis', that earns a hefty $20 billion each year.

After the old man Michel's death in 2000, Marie, along with her two brothers, Emmanuel Besnier and Jean-Michel Besnier, inherited the billion-dollar company.

Let us get some insight on the French billionaire heiress Marie.

Heiress Besnier was born on July 30, 1980, the beautiful French city of Laval to father Michel Besnier and Christiane Besnier. She is the Heiress to the 'Lactalis Group'.

Lactalis is the largest multinational dairy products corporation in the world, with $20 billion annual sales. The company was founded in 1933 and was formerly known as 'Besnier SA.' It now sells products including 'President Brie,' 'Milkmaid Yogurts' and 'Valbreso Feta.'

You May Also Like: Meet 'Harriet' Star Cynthia Erivo; Facts about the Nigerian-Born English Actress

Following her father's death at the age of 71, in 2000, the billionaire inherited 20.7% of the Lactalis group. Brother Emmanuel Besnier is the CEO and controlling shareholder of the company.

4. Marie is Committed to Husband Stephane, & She's NOT a Model

The French Heiress is no longer available on the singles list. Lady Besnier was already on cloud nine with all her wealth. The only thing left was a partner to share her life's adventures with.

The photo at the top of the article is the only legitimate photo of Marie and Stephane.
Source: Geneanet

Marie married Stéphane Beauvalot at the end of Summer, August 28, 2008. The two shared their vows at Saint-Aubin-Château-Neuf
Le Val-d'Ocre in Yonne, Bourgogne-Franche-Comté, France. Together they share a house in Laval, Mayenne, France, which is the ancestral home of Besnier family.

Husband Beauvalot is a Private Banker, also falling under the UHNWI category. He's been the Manager within the company 'Ljl' since 2017.

While people have been assuming Mrs. Beauvalot is a model, the truth has been uncovered that she is, in fact, not. Everyone has been looking at Jessica all this time. She is, however, linked to the fashion world as she is a designer.

With all that wealth, it's only natural to be on the Forbes list. She ranks #355 in the world's richest billionaire in the world list.

See... This commenter gets it.

Inheriting father's net worth, Lady Beauvalot garnered a massive $2.5 billion back in 2000. However, in the current time, as she is actively involved in the company, her wealth rocketed to $4.6 Billion.

Also See: George Clooney Is Close to Becoming A Billionaire; Added $500 Million In his Net Worth From Coffee and Booze Business; How He Spends His Millions?

Not only that, Marie and her brothers own 83% percent of a publicly traded corporation named 'Parmalat'. This company pays back a considerable amount of dividends to the already billionaire Marie.

Usually, rich people are known to flaunt their riches in any way possible. They are known to love the limelight. However, that is not the case for the dairy Heiress.

If you didn't know about Marie until now, it is because she doesn't like to be public about herself. The businesswoman is quite busy with her work in Lactalis and her own brand. So, you see, most people are taking Jessica's photo to show as Marie.