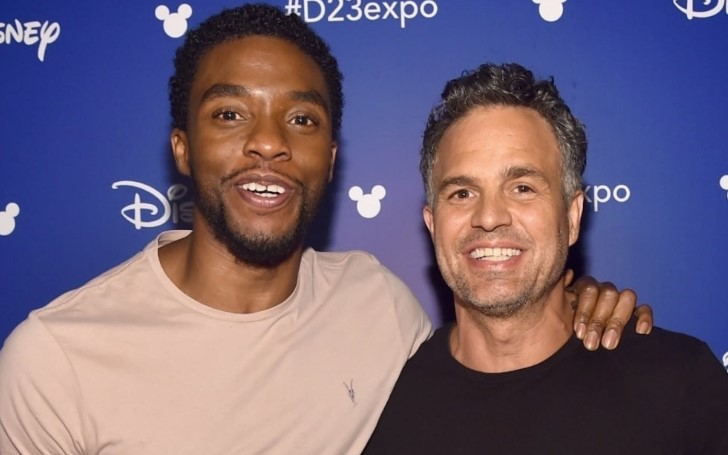 The fans of Black Panther and Avengers series are devasted by the news of the death of their beloved actor, Chadwick Boseman. The announcement came as a shock for many, including us.

The news was confirmed by Chadwick's family; the 43-year-old actor died following his battle with colon cancer at his home in Los Angeles.

Now, even Mark Ruffalo, on of Chadwick's Marvel co-star, took to his social media to honor Boseman following the news of his passing.

Mark Ruffalo took to his Twitter, and tweeted out,

"All I have to say is the tragedies amassing this year have only been made more profound by the loss of [Chadwick Boseman]. What a man, and what an immense talent. Brother, you were one of the all-time greats, and your greatness was only beginning. Lord, love ya. Rest in power, King."

The Hulk actor took to his Instagram and posted the same message to honor his friend and shared a picture of Boseman.

According to the statement by Chadwick's family on his passing, the star was battling with colon cancer for four years. All the great hits he gave us from 2016 were all between the several surgeries and chemotherapies he was going through.

Chadwick died with his wife and family by his side at his home in LA.

You May Also Like: Adelaide Kane's Dating Profile — "I've Never Talked About My Relationships Ever."