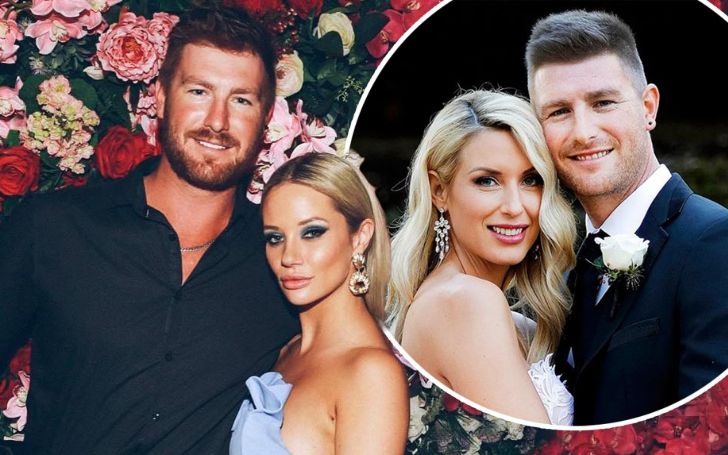 Jessika opens "Nick and I can confirm we have started to see each other," to the Daily Mail on Thursday.

The 26 year old further continued expressing the moment is very new for both of them. 'A lot of people are weighing in on this, especially Nick's best friend Telv Williams', however, they are going strong and not allowing people's opinions to hurt their new relationship.

Power who recently moved from Western Australia to Queensland this year also confirmed that they are trying long-distance relationship for now.

The reality star described "He's in Melbourne and I'm on the Gold Coast but we FaceTime every day on the phone,"

Married At First Sight: Jessika Power And Ines Basic Caused A Commotion Showing Up To The Logie Awards Uninvited >>>

On season 4 of Married At First Sight, Nick was married to Sharon March and he told Daily Mail his relationship with Jess is going to cause drama.

"People won't be happy with this relationship but it has nothing to do with them. Jess has grown so much after the show. Don't always believe what you watch on TV," he expressed.

On Wednesday, Nick asked Instagram users to stop sending death threats through an Insta post where Sharon commented telling him: "I believe you are a representation of who you hang around. Choose your friends wisely."

Following Married At First Sight finale earlier this year Jess broke up with her ex-boyfriend Dan Webb and started dating Nick while she was paired with Mick Gould.

Related: Married At First Sight: Are Iris And Keith Still Together?