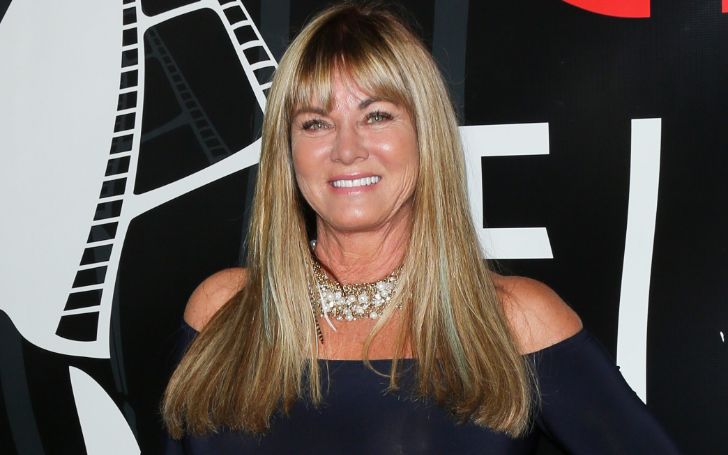 Jeana Keough is an American television personality who was married to professional baseball player Matt Keough who recently lost his life at the age of 64. The ex-pair in their married life welcomed three children.

Born as Jeana Myers on September 18, 1955, in Milwaukee, Wisconsin, USA, she in her young days worked as a model and actress. Jeana was one of the gorgeous muses in the ZZ Top music videos "Legs," "Sharp Dressed Man," and "Gimme All Your Lovin."

The former couple Matt and Jeana also made their appearance in the famous reality show, The Real Housewives of Orange County. She also became the Playboy Magazine Playmate of the Month back in November 1980. Except for acting, she also made her career in the real-estate business. There are other interesting facts about Jeana Keough that you would love to know which we've presented you below,

Jeana Keough's late ex-husband Matt Keough was the second generation baseball player. His father Marty Keough and Uncle Joe Keough both were American professional baseball player. The ex-pair was married in 1984, but later they separated.

The former husband of Jeana, Matt Keough lost his life at the age of 64.
Photo Source: Instagram of Colton Keough

The ex-pair were also famous for their appearance in the reality TV show The Real Housewives of Orange County. During their time as a married couple, Jeana and Matt gave birth to three children, Shane, Kara, and Colton.

According to People, the RHOC star Jeana and Matt signed their divorce papers after sixteen years of separation. So, it took over a decade for the former lovebirds to legally end their relationship. However, after some time, Matt died on May 1, 2020, with an unknown reason, as per CNN.

We did mention, the RHCO's alumna Jeana Keough is the mother of three children, Shane, Kara, and Colton Keough. As in now all the children are matured and living a fabulous life.

Jeana daughter with her husband and daughter.
Photo Source: US Magazine

Jeana's eldest son, Shane went out to run his family legacy. He is a third-generation professional baseball player who was signed as a minor league outfielder in June 2006 with the Class A affiliate of the Oakland Athletics. Shane then got released from the team on July 2, 2010.

Recommended: Jennifer Aniston Just Opened Up About her Successful Married Life and Children

Further, Keough's daughter Kara pursued her career in the movie industry. She also made her appearance in the RHCO series. 33, Kara is happily married to her beau, 34, Kyle Bosworth, who is a NFL player professionally. The couple did welcome their first child, Decker Kate Bosworth, in 2016.

However, their second child, McCoy Bosworth, born on April 6, 2020, unfortunately, died due to his birth injuries.

Subsequently, Jeana's youngest son Colton Keough also pursued the same career as his father and elder brother at the beginning. He tried his luck in baseball career but called it off following his mother's footsteps and is in the real-estate business, as per Bustle.

She Has Accumulated Six-Digit Net Worth

Talking about the earnings of the former wife of the late baseball player Matt Keough, Jeana has accumulated net worth, which comes around $750,000, according to The Richest. She garners those numbers from her successful career.

'RHOC' OG Star Jeana Keough On How It All Started!

Keough is a former model and actress who also became part of the famous TV show The Real Housewives of Orange County. Except for the entertainment industry, she is active in real-estate business as a salesperson. So, for Jeana to accumulate, those amount isn't shocking news at all.