home Entertainment What is Maurice Benard's Net Worth in 2021? Learn About His Earnings and Salary Here

What is Maurice Benard's Net Worth in 2021? Learn About His Earnings and Salary Here 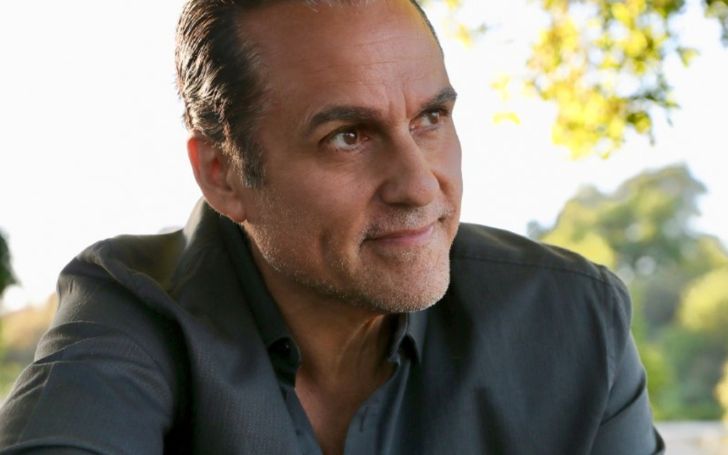 How much does Maurice Benard earn? Get all the details about his net worth here.

Maurice Benard, born on (March 1, 1963) in San Francisco, California, is an actor. In 1993, he was cast as Sonny Corinthos on the ABC soap opera General Hospital.

Less interested in the traditional education route, he extracted an education in the open job market after high school. He began modeling in his early twenties.

Benard is married to his other half, Paula Smith and the two doting lovers have three children together. To know more about his profession, net worth, and other details, let's have a look at the written article below.

According to Wealthypersons, Maurice Benard’s net worth is estimated at around $3 million as of 2021. Part of that wealth is made from the salary and earnings he received for starring in movies and series.

Benard started his TV acting in 1987 when he joined the cast of All My Children, a top-rated TV soap opera that aired on ABC. He also worked in All My Children for about two years, from 1987 to 1990.

Benard’s most significant breakthrough became on TV in 1993 when he joined the cast of General Hospital, a daytime TV medical drama. He also played the recurrent role of Sonny Corinthos on the TV series.

Also See: What is Alan Faneca's Net Worth in 2021? Learn About His Wealth and Earnings Here

As per TV Overmind, it has been estimated that he makes around $5,000 per episode. If General Hospital accumulated about 260 chapters per year, someone like Benard could pull in over $1 million annually.

Apart from being an actor, he is also a book writer written from his own autobiography. The book is available on Amazon, and it is named "Nothing General About It: How Love (and Lithium) Saved Me On and Off General Hospital."

At 22, Benard was diagnosed with bipolar disorder, a mental disorder causing periods of depression and abnormal moods. Since then, Benard has been a famous voice in the battle against such a traumatic disease. And at the same time, he began to do service with the National Mental Health Association (NMHA) on ‘Bipolar Disorder.

Afterward, he became a spokesperson for the treatment of the disorder with Mental Health America. He decided to have the writers make his character, Sonny Corinthos, also have the disease.

On June 5, 2021, General Hospital fan favorites Maurice Benard (Sonny) and Vanessa Marcil (ex-Brenda) reunited this weekend. It was a monumental occasion for the fans as well as both co-actors.

The get-together took place at the wedding reception for Benard's daughter, Cailey, who married Carlos Avila last June. The couple's first anniversary toasted in style with a lavish bash hosted by the bride's parents, Benard, and Paula's beautiful wife.