home Entertainment What is Alan Faneca's Net Worth in 2021? Learn About His Wealth and Earnings Here

What is Alan Faneca's Net Worth in 2021? Learn About His Wealth and Earnings Here 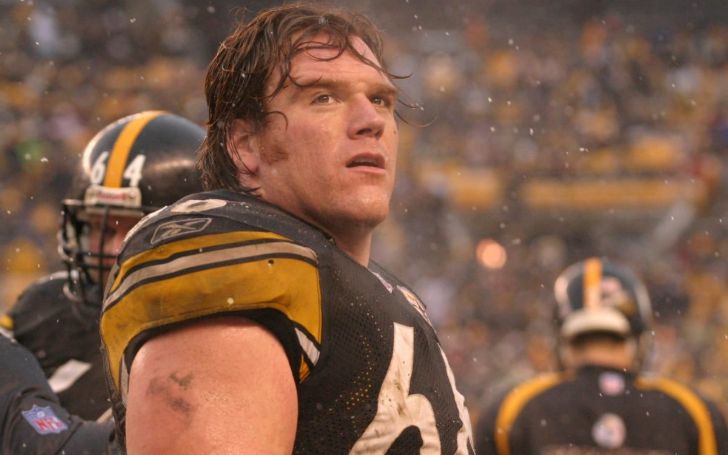 Learn all the exclusive details about Alan Faneca's Net Worth in 2021?

Alan Joseph Faneca, born on (December 7, 1976) in New Orleans, Louisiana, is a former professional football player who was a guard in the National Football League (NFL) for 13 seasons. He played college football for Louisiana State University (LSU) and earned consensus All-America honors.

Married to Virginia Beach native Julie Kuchta, whom he met as a freshman at LSU. They are the parents of three children. To know more about his professional stat and net worth, have a glimpse at the written article below.

According to Celebrity Net Worth, Alan Faneca's net worth of 2021 is estimated to be $25.6 million. That much amount of money that he accumulated from his professional football career and other endorsements.

Handpicked in the first round of the 1998 NFL Draft by the Pittsburgh Steelers and went on to play for the Steelers, New York Jets, and Arizona Cardinals. Faneca won a Super Bowl ring with the Steelers in Super Bowl XL, defeating the Seattle Seahawks.

Check Out: Ryan Crouser's Net Worth in 2021: Learn About His Earnings and Salary

The New York Jets signed Faneca on March 1, 2008, to a five-year, $32 million contract, with $23 million in guarantees. After that contract deal, it made him the highest-paid offensive lineman in NFL history in that period of the year.

Getting first seizure at the age of 15 years on Christmas Eve 1991, that lead him to do a diagnosis of epilepsy.Even though ravaged by epilepsy that didn’t deter him from playing 13 NFL seasons and earning nine Pro Bowls and six All-Pro honors.

Finally, after getting nominated six times as a Hall of Fame finalist, he earned a bust in Canton. Alan Faneca was one of eight inductees to receive Hall of Fame in the Class of 2021.

Also See: What is Cynthia Erivo's Net Worth in 2021? Learn all the Details Here

Faneca has made some incredible changes in his personal life following his departure for NFL as a player. The most significant transformation in his personal life after his retirement is his weight loss. For the benefit of his own health, he shed over 105 pounds to gain a slimmer and fitter body.