home Entertainment Ryan Crouser's Net Worth in 2021: Learn About His Earnings and Salary

Ryan Crouser's Net Worth in 2021: Learn About His Earnings and Salary 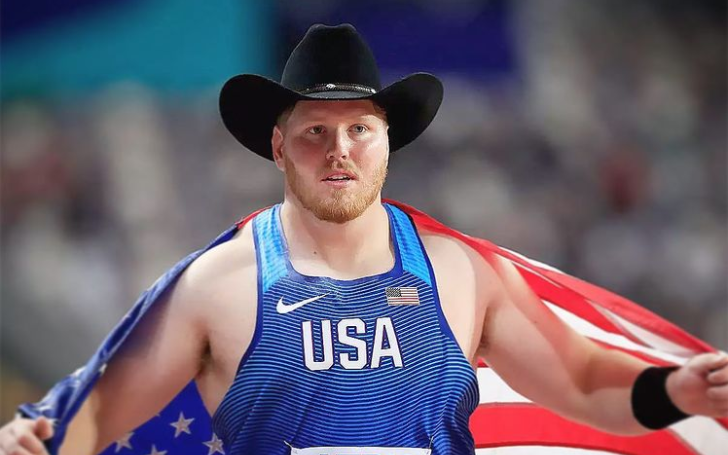 How much does Ryan Crouser earn? Learn all the details here.

Ryan Crouser (born on December 18, 1992) Portland, Oregon, is a shot putter and discus thrower. He is a champ of a two-time Olympic gold medalist, Olympic Record holder likewise, World Record holder too in the shot put of indoor and outdoor respectively.

Ryan Crouser is not married yet, but from media outlets speculation, it seems he is in a relationship with Megan Clark. Megan is a former elite vaulter for the Duke Blue Devil.

Thanks to his dedication and passion for the shot putter and discus thrower, the 29-year-old enjoys a decent lifestyle. Read ahead to know Ryan Crouser's net worth and other details.

According to Playersbio, Ryan Crouser is estimated net worth above $1 million. Earning a six-figure amount already in his 20s and stays in his U.S home by enjoying a decent life.

Being a gold-winning athlete and coming from a family who has represented the country on the global level several times, he has the title of the "Four-time national outdoor shot champion" for the United States to his name.

Also See: What is Cynthia Erivo's Net Worth in 2021? Learn all the Details Here

Along with that, the athletic star gets sponsored by Nike, getting him various endorsement deals contributing to his net worth. Apart from being only physically active in sport, he is also keenly interested in Fishery which he updates in his Instagram account.

Larry Crouser, Crouser's grandfather, was the person who showed him the path to the sports of shot put. Likewise, Ryan practiced in his grandpa's backyard in Oregon until he became strong enough that one throw went through the roof of the garden shed that led him to the outer world of shot put.

Additionally, Larry always supported and been for Crouser as he bloomed into the most dominant shot putter globally. Also, at Texas, Crouser won four NCAA championships and then took gold towards the Rio.

After a couple of years, Larry lost his hearing; Crouser would sit with him and write him notes to communicate about certain things.
Larry died last month before the day Crouser boarded a plane and left for Tokyo, knowing that he was still a source of strength and as Crouser prepared his way to defend his Olympic title.

Recommended: What is Val Kilmer's Net Worth in 2021?

Crouser was feeling anxious a few days before the competition. Similarly, American pole vaulter Sam Kendricks had been knocked out of the competition by a positive COVID-19 test, which made him devasted and worried about the possibility of the virus sending him home empty-handed. To calm himself, he took out a marker and a piece of paper and wrote a note to his grandpa, hoping to show it to the world after the competition.

Later, he defeated his own Olympic record with three of his six throws in the final, in which he presented a spectacular performance. The final throw was the longest of the day, measuring 23.30 meters (76.4 feet), just .07 meters shy of the world record that he set at the Olympic trials in June.

Ryan Crouser then went to win his second consecutive gold medal in the shot put and held up a handwritten sign to the camera.
"Grandpa, We did it," it read. "2020 Olympic Champion."