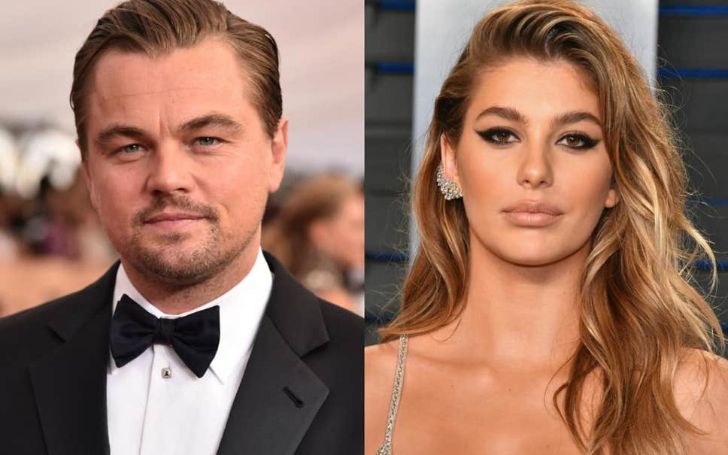 Who doesn't want to date Leonardo DiCaprio, the Hollywood heartthrob, who's worldwide famous for his 1997 super hit movie - Titanic, which made millions of his fans go crazy.

On the same context, some might know the gorgeous actress/model, Camila Morrone, from her popular role in 'Mickey and the Bear' while some might recognize her from her relationship with Leo.

We gathered some information which will help you to know about her relationship with Leo better, and we hope you will find these findings intriguing. So, let's just know what Argentine-American Ethnicity model Camila's love story has in store for us.

The gorgeous model is the stepdaughter of Al Pacino. Despite being a step-parent, Al Pacino always loves and adores Camila like her own daughter.

Camila's mother, Lucila Sola, has been living with Pacino after she split from her ex-husband, Maximo Morrone, in 2006. The mother of one got parted her ways from her previous husband when Camila was just nine years old. So, we assume, it's pretty much safe to say Camila accepted Pacino as her own father.

Camila Morrone and Leonardo DiCaprio sparked the romance rumor in 2018 during their trip to Aspen, Colorado. However, the two know each other from a very long time. As reported by the Cosmopolitan, Leo first met Camila twelve years ago, when she was, well, just 12. According the media outlet, Al Pacino, who happens to be Leo's friend, introduced Camila to him.

The couple confirmed their relationship only on February 10, 2019, after attending Ellen DeGeneres' 40th birthday party together. To date, the couple has been spotted hanging out numerous times and were also seen together promoting DiCaprio's latest movie 'Once Upon a Time in Hollywood.'

Don't Miss: Facts about South-Korean Star Park So-dam; Who Is She Dating?

Camila Morrone Had a Crush on Justin Bieber Before Meeting Leo

Justin and Camila pictured together at some unknown event.
SOURCE: Facebook

Yes, you heard it right! Camila Morrone spilled the beans sharing that she was a huge fan of Justin Bieber while talking exclusively to W Magazine's Best Performances issues. Morrone explained.

I'd go to every audition with them and sit in the waiting room. I would pass the time looking at Justin Bieber on my phone. I was a big Belieber.

Camila Morrone Has a Younger Sibling

Camila has a younger brother by the name Sky. However, as mentioned above, the actress keeps all her details far from media outlets.

Stay tuned for more intriguing articles of your beloved celebrities only on Glamour Fame.