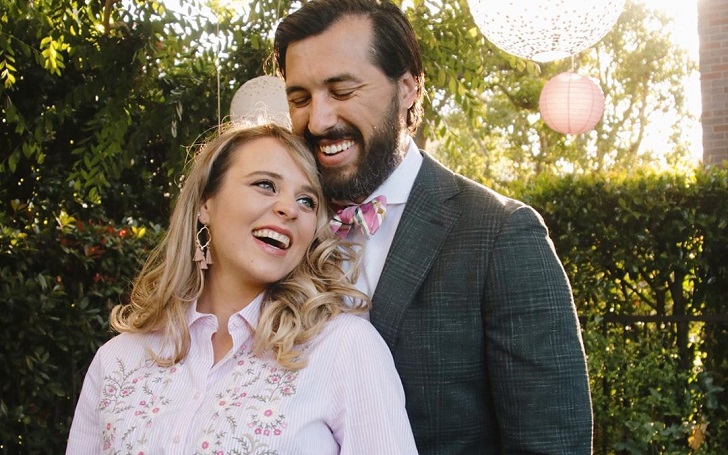 Jinger Duggar went back to the moment that started her personal favorite story to tell with husband Jeremy Vuolo. And yeah, a simple introduction from sister Jessa Duggar and her husband Ben Seewald got the pair to a place they couldn't have predicted they would be at today.

"There are a few questions 'new friends' usually ask over dinner," she wrote on Instagram. "One of them is, 'So, how did you guys meet?' I love that question because I love telling the story! For us, it was a smart introduction from @ben_seewald and @jessaseewald that neither of us could have predicted would take us where we are today😏 Sometimes I thank God for sister and brothers-in-law who are part-time matchmakers.😄"

They were lucky to have had Ben and Jessa know Jeremy.
Photo Source: Jinger Vuolo, Instagram

Back in June 2016, it was announced that Jinger and Jeremy were officially courting. But they'd met in May 2015 and were able to go on a missions trip together. And that's where she apparently fell in love with him. "It was there that I really saw his heart and really admired his character."

Before he met Jinger, Jeremy was friends with Ben and Jessa for a long time and thus took no time to be attracted to Jinger as well. The two married in November 2016, and Jinger moved to Texas to help him with his ministry work. They became parents for the first time to daughter Felicity Nicole, on July 19, 2018.

And one more on the way.
Photo Source: Jinger Vuolo, Instagram

In May 2019, they announced that they were relocating to Los Angeles, and that's when Jinger's detachment from the Duggar identity. Nonetheless, the couple was living the life they see for themselves as they are ready to welcome their second child as they announced last year.

Like Jinger, her sister Jill Dillard's husband Derick Dillard has also considered leaving Nebraska with a vision of a different future than the one where they are stuck there forever. And this comes amidst the apparent feud between Jim Bob Duggar and Derick.