Megadeth's Dave Mustaine Has Been Diagnosed With Throat Cancer 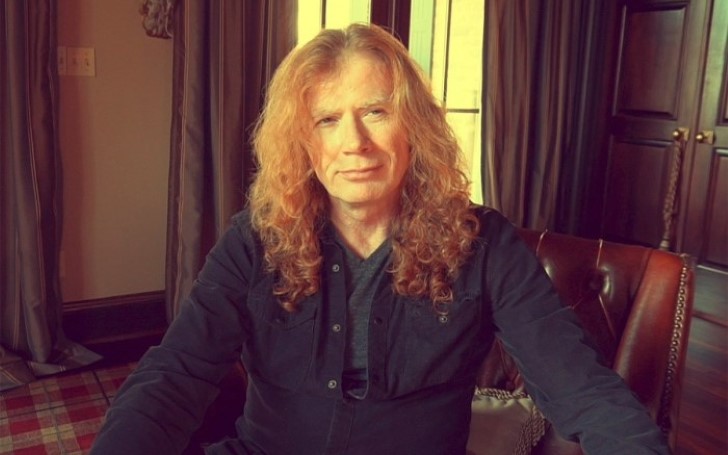 Sad news to all the metal fans as well as music lovers, our beloved frontman and guitarist Dave Mustaine of the heavy metal band Megadeth has been diagnosed with cancer.

Yes, the news is true, David shared the tragic news sharing it from his official Facebook page on Monday, June 18. 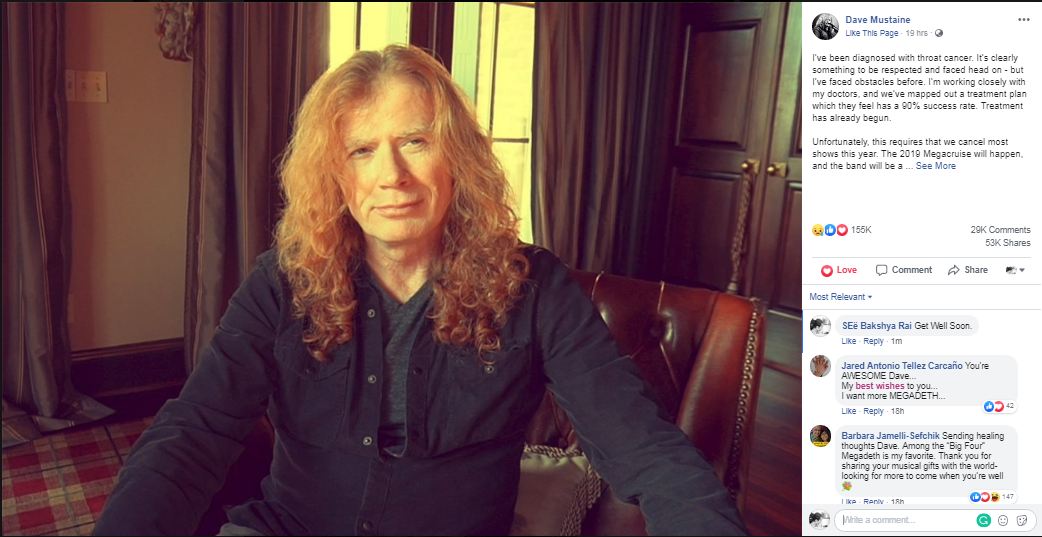 David surprised millions of fans and followers as he shockingly unveiled the news regarding his disease writing, 'I’ve been diagnosed with throat cancer. It’s clearly something to be respected and faced head on - but I’ve faced obstacles before'.

But the good part about it is, David, 57, has already started working on its treatment plan where he cited has a 90% success rate. 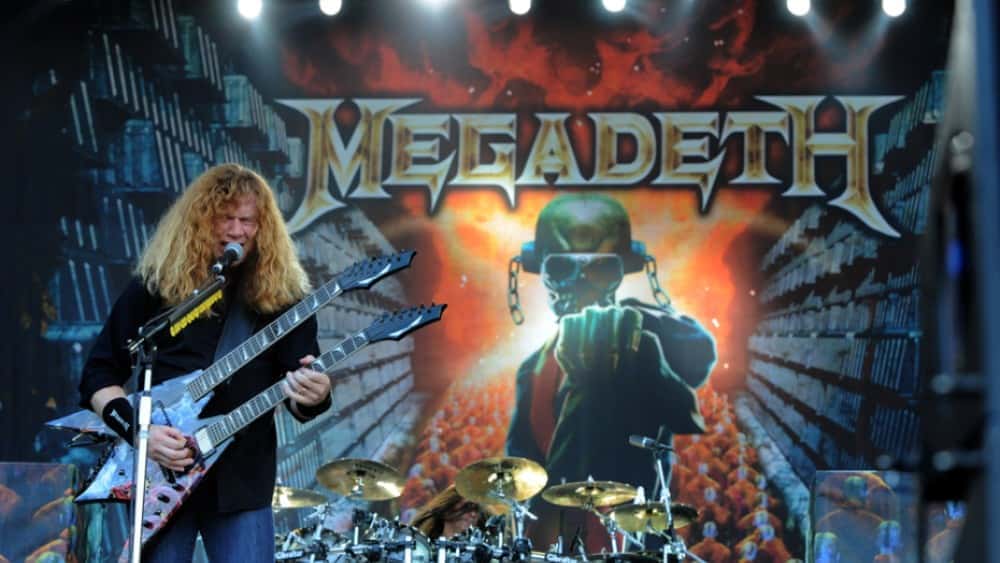 Unfortunately, this requires him to cancel most of his shows and tour dates this year. However, 'The 2019 Mega cruise' - five days and nights of heavy metal decadence and debauchery' is reported to happen, which is about to be held in October.

Those who are unfamiliar, well Mustaine was a former member of the iconic band Metallica (1981 to 1983) and after having some internal disputes with the band he left and formed Megadeath.

Well, as of now the band has won 12 Grammy nominations including Grammy Win for "Best Metal Performance" for their track "Dystopia."

Despite his diagnosis, the Wake Up Dead headbanger and his bandmates are working on a studio project following their last album Dystopia.

Well, our praying and wishes are with the singer and may he overcome the disease shortly and gain his sound health back. We sure do hope for David to slay the stage again. Stay tuned and connected to find the updates.