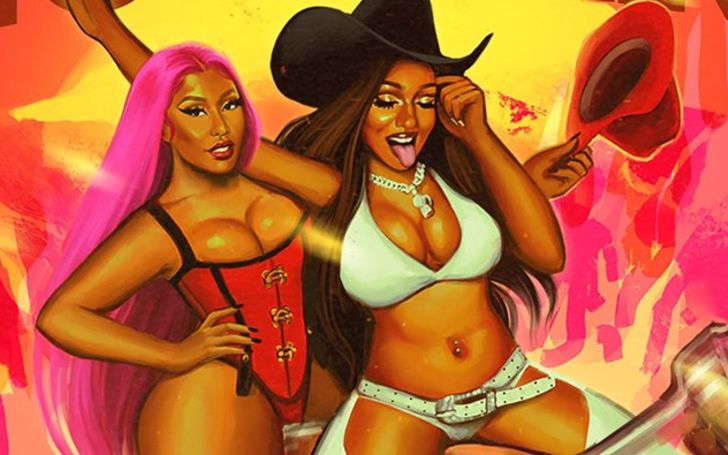 If not! Then go ahead and check out their new hot drop with some amazing flows by Nicki, 36 and Megan, 24, released on Aug 9, Friday.

Within a short period, the song has reached 13.7 million views on YouTube and debuted at the Number #1 spot at the RS 100 this week. Setting a record of 17.8 million streams within six days.

The song released on August 9th is now viral all over the web. We can hear the 'Work' hitmaker Dolla singing the hook part, and later the hot and sizzling ladies doing the verses.

To be marked on the top charts, songs are weighted and categorized accounting the number of streams and song sales; however, the songs the stream does not count passive listening and digital and terrestrial listening.

Giving a close call was Rick Ross 'Port of Miami II' which debuted on the Rolling Stones hot 100 last week; including feature song from Minaj's recently turned rival Drake who dropped two hit collab with Rick Ross in "Gold Roses" and "Money in the Grave."

With so much of problems going in on the Starship singer Nicki's life, precisely critics not standing her relationship with beau Kenneth Petty and her ongoing feud with fellow rapper Cardi B, Minaj definitely came up strong.

Stay tuned and connected to find more articles on your beloved celebrities.