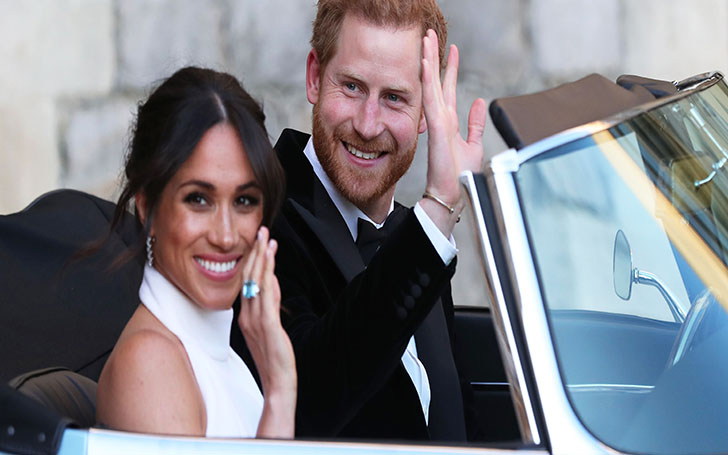 Meghan Markle And Prince Harry did not ban neighbors from approaching them.

Meghan Markle and Prince Harry, The Duke and Duchess of Sussex moved into Frogmore Cottage on the Windsor estate a few months ago. However, their presence seems to be influencing the community quickly.

Recently, there have been reports that Meghan and Harry instructed their neighbors on how to behave around them. It turns out their neighbors were indeed given a list of demands instructing them how to behave in the presence of the royal couple!  While many outsiders were quick to points fingers at the couple, it turns out, they had nothing to do with it at all!

Those living near the Sussexes' residence, including royal staff, were reportedly given a number of "dos and don'ts" including the following guidelines:

Many people were surprised to read these instructions and wondered why the couple would intend to avoid their neighbors in such a way. However, Buckingham Palace finally issued a statement responding to the rumors about the list of rules. A spokesperson from the palace clarified that despite "guidance" being offered to the community in a meeting, Meghan and Harry were not the ones to create the rules. It turns out, the direction was issued by an "overly protective palace official." The spokesperson stated:

The Duke and Duchess didn't request this, didn't know about it, and had nothing to do with the content or guidance offered

The spokesperson also clarified that the instructions were not given to intentionally send a hostile message to the community. Instead, it was meant to give the small local community an idea of how to properly approach the royal couple. He further added:

This was a well-intentioned briefing to help a small local community know how to welcome two new residents and help them with any potential encounter.

After the birth of their first child, Archie Harrison, Meghan and Harry desired to provide him a life of privacy as far as possible. Notably, the Duke and the Duchess did not wish to publish the names of Archie's godparents.

Archie's godparents are incredibly private citizens, and they did not allow the media to document the royal family arriving or leaving his christening. Nevertheless, they did pose for a number of family portraits in previous weeks.