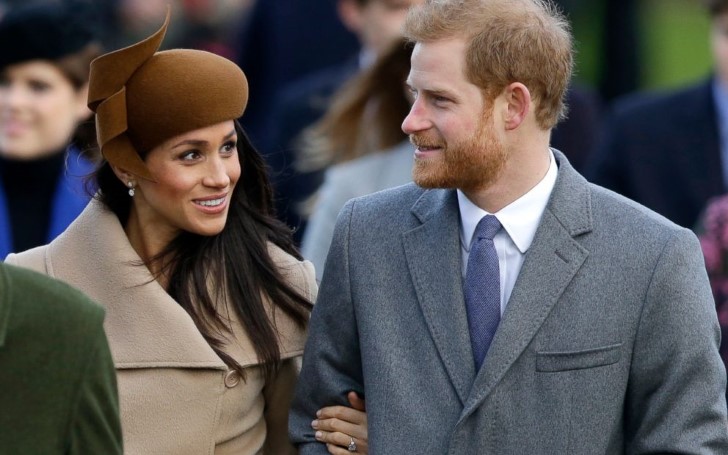 Prince Harry was accompanied by Meghan Markle on Tuesday for one of his annual Christmas traditions.

The royal couple, Meghan Markle and Prince Harry in support of one of the prince’s favorite causes strived to make significant contributions for it. The seasonal service was set up in the name one of Prince's late close friend.

You Might Also Like: Pregnant Duchess Meghan and Prince Harry will not Attend Priyanka Chopra and Nick Jonas Wedding in India

The Henry van Straubenzee Memorial Fund provides aid to schools in Uganda, Africa. The name was given after one of the prince's school friends who died in a car accident. Both Prince Harry and Prince William serve as patrons of the charity.

Meghan who recently moved out of Kensington Palace with her husband gave a reading from the poem "Our Deepest Fear” by Marianne Williamson at the Christmas carol service. Last year Harry had attended solo after getting engaged to Meghan.

Harry, 34, was very close to Henry. As a matter of fact, both of them went to Ludgrove prep school together. Likewise, Henry’s older brother, Thomas, is one of the best friends of Prince William. Thomas is a godfather to Princess Charlotte.

Don't Miss: Meghan Markle and her Husband Prince Harry Have been Known to Stray from the British Monarchy

Meanwhile, the couple’s night out coincided with Queen Elizabeth’s annual white-tie evening reception for diplomats. Prince William and Kate Middleton were in attendance during the event.