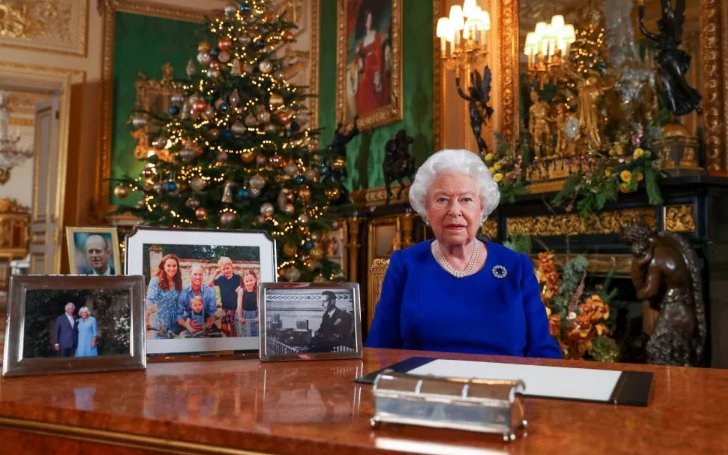 Queen Elizabeth left out Prince Harry and Meghan Markle from her Christmas speech.

As we all are aware, Duke and Duchess of Sussex are in Canada for their "six-week' vacation. The Royals even passed their wishes on Christmas to all the people.

Prince Harry and Meghan Markle, who are in Canada to escape the pressure at home in England, took their official social handle to share their wishes. On their post, the Royals wrote, "Just sharing the sweetest Christmas Card from our President and Vice-President, The Duke and Duchess of Sussex. Very Merry Christmas, everyone!"

Since it's Mandatory, the Queen also sends her wishes to her kingdom; Queen Elizabeth also recorded her annual Christmas Day speech. While it was beautiful as always, something was missing on the video.

On Queen's recorded video, there were photographs of Prince William and Kate Middleton with their family, and Prince Charles with Camilla. Still, Meghan and Harry's photo was nowhere to be seen.

Following this, Buckingham Palace released a statement where they stated, "Their Royal Highnesses The Duke and Duchess of Sussex are spending private family time in Canada. The decision to base themselves in Canada reflects the importance of this Commonwealth country to them both."

The statement further read, "The Duke of Sussex has been a frequent visitor to Canada over many years, and it was also home to the Duchess for seven years before she became a member of the Royal Family. They are enjoying sharing the warmth of the Canadian people and the beauty of the landscape with their young son."

While the statement tried to clear the air, people were not happy they chose to spend their holidays away from their family, and as always, they started to rip into Meghan.

Recently, Meghan updated a post on the Sussex royal account, where she shared a quote, "Without a sense of caring, there can be no sense of community."

Also Read: Meghan Markle and her Husband Prince Harry Have been Known to Stray from the British Monarchy

Following which some netizens deemed her a 'hypocrite' for preaching the ongoing family drama with her estranged father. Well, it seems like their idea to get away from all the pressure of the country during their holidays was not a very good idea.