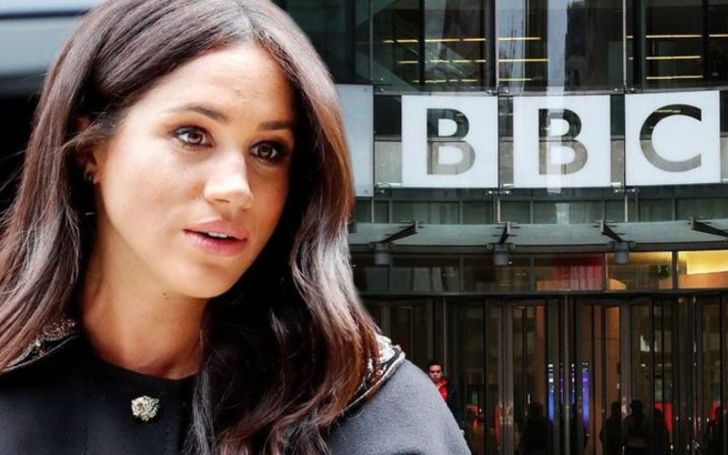 ‘Stay the f--- out of my trailer or I’ll cut you, Kate,’  said the actress playing Meghan's role.

On the show, Meghan Markle is voiced over by a comedian.

As segments arrive, Meghan's role playing actress take questions from the audience of the chat show.

See Also: Meghan Markle and her Husband Prince Harry Have been Known to Stray from the British Monarchy

One person from the audince asked, "what makes you angry?", and Meghan, who is voiced over by an actress replied with a story of how one time Kate asked for her hairbrush.

"I said no because that’s gross and then I leave my room and come back and I can tell she’s used my hairbrush anyway because it’s covered in skanky hair that’s going grey and I say, ‘Stay the f--- out of my trailer or I’ll cut you, Kate,’” the actress replied back.

The script writer, Gbemisola Ikunelo, did not stop there. The show not only called Meghan a trailer trash but also managed to mock Meghan's relationship with her father.

After the show aired, the scriptwriter was questioned about the script, on her defend, Ikunelo said the character was written to be exactly opposite to the real life royal.

BBC spokesperson did not consider it a big issue and took it lightly as he said viewers will recognize this performance as spoof and highly satirical.

Recommended: Meghan Markle and Prince Harry Joined Together For his Annual Christmas Tradition

What do you think, was it fair for the Royal?