Who is Julie Cypher and Melissa Etheridge's Son, Beckett Cypher? Wiki, Bio, Age, Cause of Death 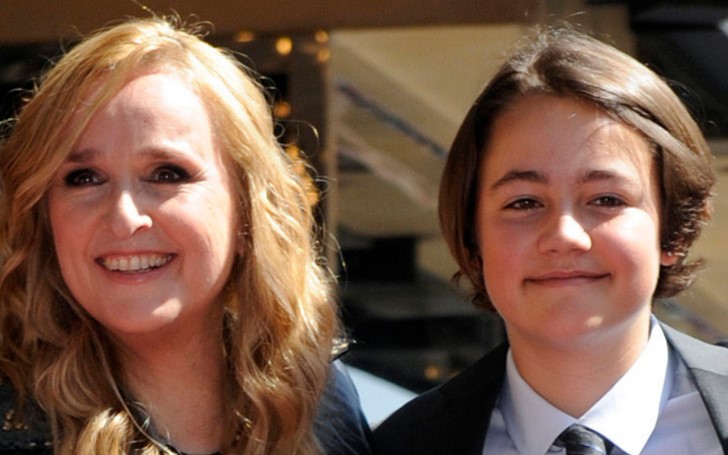 Julie Cypher, is an American filmmaker, while Melissa Etheridge is an American country singer. The two exceptionally talented humans were once married, following which the former couple also conceived two beautiful souls, Bailey and Beckett Cypher, via artificial insemination.

Julie was the one who went through the pregnancies of both of their children. Their daughter, Bailey Cypher, was born in February 1997, and Son, Beckett Cypher, was born in November 1998. Since we are here to talk more about Beckett, let's find out some exciting findings of him.

Who is Beckett Cypher? Know about his Wiki, Bio, Age

As we mentioned earlier, Beckett Cypher was the son of Julie Cypher and Melissa Etheridge. The former couple tied the knots in 1990, and in an interview, Julie stressed she wanted to have kids. Following that, the then-couple decided to conceive through artificial insemination.

Melissa Etheridge's son, Beckett Cypher, was born in November 1998. He was 21 years old at the time of his demise. Beckett Cypher's cause of death was opioid addiction.
Photo Source: NBC News

So, in November 1998, the couple welcomed their second child, after the birth of their first child, daughter Bailey Cypher. The second child of then-couple, Melissa and Julie, was Beckett Cypher. So to speak, Beckett's age was just 21 years old as of May 2020.

Since most of the couples who decide to conceive through IVF consider to keep the identity of sperm donor a secret, Melissa recently spoke why she let her kids know who their biological father is. It was back in 1999, a year after Beckett's birth, the couple disclosed the name, and it was none other than American singer/songwriter, David Crosby.

In an interview, Melissa Etheridge emphasized that there is an excellent reason why they chose to disclose the name. First of all, he is David Crosby, and second of all, it is was a touching subject for Julie Cypher.

According to Melissa, Julie was an orphan herself, and she always wanted to know who her parents were. So, it was Julie who did not want it to be anonymous, and then-couple decided to disclose the name of their kids' biological father.

Melissa is now married to her wife, Linda Wallem, while Julie Cypher tied the knots with her husband, Matthew Hale. Both of their kids were living with Julie, and even David had developed a very close relationship with his biological kids. But sadly, despite all the love and care, all three of them lost their son, Beckett.

What Happened to Julie Cypher and Melissa Etheridge's Son, Beckett Cypher? Cause of Death Explained

As we all must be aware of the recent loss of Melissa and Julie, their son, Beckett Cypher, died on May 13, 2020, at the age of 21. Taking to her Twitter account, Melissa shared a touching tribute to her son.

On her tweet on Wednesday, Melissa wrote, "Today I joined the hundreds of thousands of families who have lost loved ones to opioid addiction. My son Beckett, who was just 21, struggled to overcome his addiction and finally succumbed to it Today. He will be missed by those who loved him, his family, and his friends. My heart is broken."

The singer/songwriter further added, "I am grateful for those who have reached out with condolences, and I feel their love and sincere grief. We struggle with what else we could have done to save him, and in the end, we know he is out of the pain now. I will sing again soon. It has always healed me."

So, it's clear, Beckett Cypher's cause of death was opioid addiction. Our heartfelt condolences and prayers are with the family, Melissa and David. May they find their strength to overcome this situation, soon.

You May Also Like: Jerry Stiller was the Father of Ben Stiller, Here's What You Should Know About Their Father-Kid Relationship