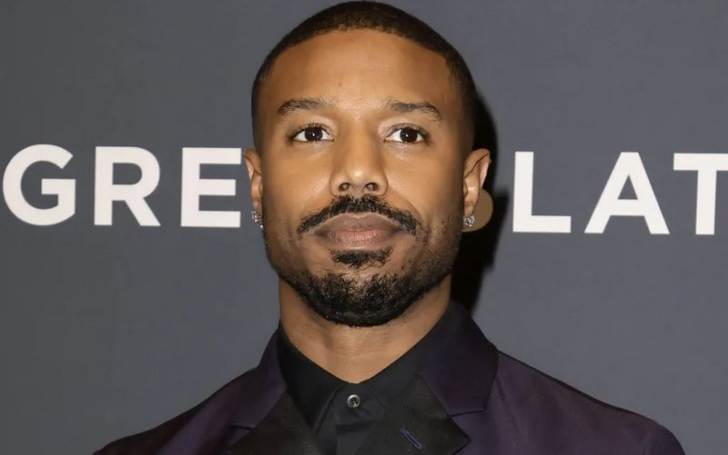 Michael B. Jordan is a big name in the world of entertainment. He is an American actor and producer by profession with a large fan following. His role as a Creed in the 2015 American film Creed helped him to gather massive recognition. Not only that, the actor has starred in several blockbuster movies and series.

Michael has often stolen the show with his unique acting techniques. Some of his acting credits include Fantastic Four, The Wire, Black Panther, Fruitvale Station, and so on. Continue reading to learn more about the actor's personal life and find some interesting facts.

Soap Opera actor Michael B. Jordan often comes to the limelight with his incredible career and personal life. Recently he broke the internet through his love life after he was seen with a girlfriend, Amber Jepson.

The Hollywood star enjoyed multiple dates during his time in the UK. After all, he is buying a stake in AFC Bournemouth. They have secretly enjoyed dinner nights at the various locations but kept within. In one of the posts, the model shared an Instagram story liked by the actor and captioned it, "Wifed off now."

Jordan has liked her post before; he has replied to several social media posts of Amber, which made them date one another. Although this is the start of the relationship, their close friends have stated that they are very attracted to each other and make a cute couple.

Who is Amber Jepson? New Girlfriend of Hollywood Star, Michael B. Jordan

The new girlfriend of Black Panther star Michael B. Jordan is Amber Jepson. Jepson is a hot British woman. Moreover, Amber is in her mid-20s and hails from England.

Regarding Amber's deeds, she is an Instagram star and model known for posting great pictures of her on social media. Since March 2015, the model has been seen uploading pictures on social media and has gathered a huge fan following.

Her Instagram account has over 278K followers and many more on her other social media accounts. Amber is often seen uploading traveling pictures on her account. Currently, the model is affiliated with the Boss Model Management and is giving her best. In 2017 she was featured in a Campaign for Hot Mess Clothing.

Before enjoying a sweet love story with Amber Jepson, Michael B. Jordan called Lori Harvey his girlfriend. Jordan's ex-partner is an American model and entrepreneur widely recognized as the adoptive daughter of host Steve Harvey.

In November 2020, the model and actor began their love journey full of affection. However, they kept it private for a very long period until 2021.

They publicly revealed that they were dating. Regarding his announcement, he stated that

"I'm still private, and I want to protect that, but it just felt like it was a moment of just wanting to put it out there and move on," he said at the time. "I am extremely happy. I think when you get older, you feel more comfortable about the [public nature] of the business that we're in. So for me, it was a moment to, I guess, take ownership of that and then get back to work."

In one interview, he even stated that he was finally in love and knew what love was. Despite this connection and love, they parted ways in June 2022 and shocked their fans. Their last appearance as a couple was at the 2022 Vanity Fair Oscar Party in Beverly Hills together.

The former pair even stated that they were heartbroken by the results and are still very close with one another. Furthermore, Michael has previously dated models Cindy Bruna and Ashlyn Castro for a short time.

Award-winning actor Michael B. Jordan has had an impressive career so far. Michael, the American actor, currently enjoys a net worth of $25 Million. Since his appearance as Wallace in The Wire, there is no turning back for him.

The actor, Jordan, has amassed both names and fame from his incredibly hardworking nature and talent. His starred film, Creed, gathered a total of $173.6 Million under a budget of $40 Million.

Similarly, his other popular movie, Black Panther, amassed $1.382 Billion at the box office under a $200 million budget. As an important cast in every appearance, he is paid a huge amount of remuneration. Currently, he is busy in post-production of his upcoming film, Creed III, where he is acting, directing, and producing.

Not only that, but he is also hosting Saturday Night Live. As estimated, he makes more than $1 Million per annum through his overall involvement. Recently, he bought a minority stake in English club AFC Bournemouth, which valuation is more than $120 Million.

Michael B. Jordan Listed his California Mansion for Sale

Saturday Night Live host has acting talents and knows his financial powers. He has utilized his multi-millions for various profitable businesses. Recently, he listed his Encino, California, located mansion for sale. The mansion is spread over 12,3000 sq ft. with a substantial guesthouse, pool, outdoor kitchen, and many more.

Currently, his parents live in the California house while Jordan occasionally visits. Further, In May 2022, he sold his Hollywood Hills home for $6.9 Million after listing it for $7 Million. He bought the property for $5.8 Million back in 2019 with model Daisy Fuentes.