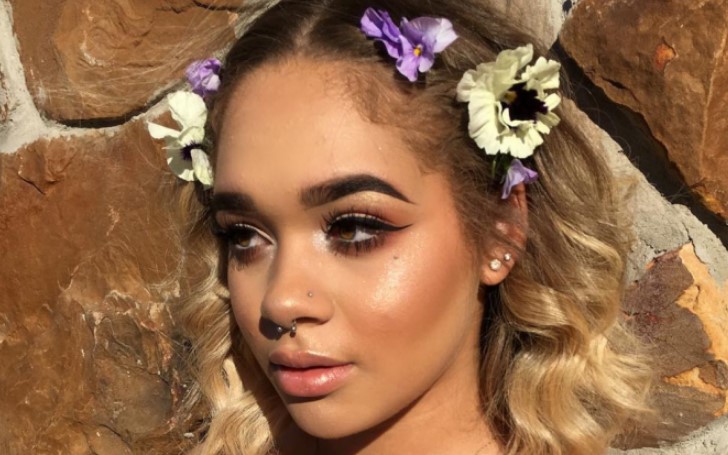 "Morning shows the day" proverb perfectly suits the makeup artist and social media personality, Mikala Walker who started practicing makeup artistry just at the age of 12 and within few years she successfully established herself as an aspiring makeup artist.

Mikala is not only a makeup mogul but also a popular as a social media influencer. She has garnered 146K followers on Twitter, 64.7K followers on Instagram, and 16.4K subscribers on Youtube with her bold beauty looks and tutorials.

Walker first started doing free favor make up for her friends and later built her very own business with amazing makeup skills. Well, she has now become the role model of many young girls out there and even gives suggestions to her followers who want to do something in their life.

As talented as Mikala Walker, her love life is also enlightening. Mikala Walker was in a longtime relationship with her beloved lover, Levar Swindall. So, without any further delay let's dig right into her dating life.

Mikala Walker Recently Lost The Love of Her Life

Mikala Walker was dating Levar Swindall for almost three years. Levar was a musician or rapper who was popular as a stage name, 'Nued Maj'.

The couple started dating from 2017 and were going stronger than ever before the misfortune happened. The lovebirds were never shy to show their love and always supported each other in every up and down.

Mikala Walker Shares a Daughter With Her Late Boyfriend

After dating for quite some time, Mikala Walker and Levar Swindall welcomed their daughter, Violet Eden Swindall on 24th October 2019. Violet weighed 8lbs and was 19 1/2 inches at the time of birth.

Mikala Walker is a mother to Violet Eden Swindall.

Violet was apple of her parent's eye's and needless to pay they were very happy for Eden's birth. Moreover, Mikala regularly posted pictures of the journey of her pregnancy on her Instagram.

Recommended: MJ Rodriguez Boyfriend - Is the American Actress/Singer Dating Anyone?

Needless to say, the sudden loss of Levar will have a great impact in Violet's life. She is not even in the age to remember her father's love and affection. Well, may God give grace and power to Mikala and daughter to heal with the time.

As per Walker's recent tweet, she and Levar were planning to give birth to another child soon. Have a look at the heartbreaking post which she tweeted on 14 April...

Meanwhile, fans have shown their heartfelt condolence towards Levar's death and some started raising funds for Mikala and her daughter's support.