MJ Rodriguez Boyfriend - Is the American Actress/Singer Dating Anyone? 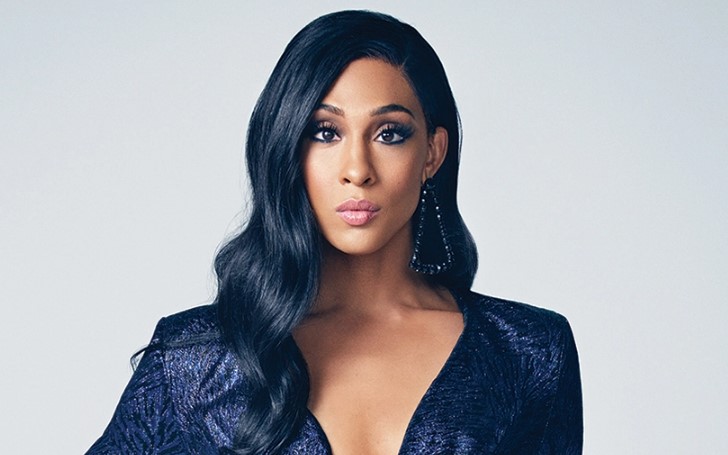 MJ Rodriguez is an American actress and singer, who was born on January 7, 1991, came into prominence for her performance on 'Pose' for portraying the character of 'Blanca Rodriguez-Evangelista.' The 29-year-old actress is among the most recognized transgender actress.

MJ was born in Newark, New Jersey to a Puerto Rican father and African-American mother. The actress always showed her interest in acting from as early as seven years old. However, things took a little longer than she anticipated.

And while talking about her gender identity, she loved being a female from the age she started loving acting. Reports suggest she always prayed to become a female. After staying in denial for several years, she came out as bisexual/gay at 14.

While challenges were ahead of her, she continued to do what she loved and graduated from Newark Arts High School, and later attended Berklee College of Music. And since then, she never looked back from achieving what she really wanted in life.

Also See: Gregory Jbara Wife - Find Out About His Married Life and Children

While her career seems all interesting and all, we wanted to know if the actress/singer is dating someone. Does she have a partner is the biggest question we all have been asking. So, to know more about her personal life, we dug into some details and found some interesting facts. Let's find out.

MJ Rodriguez Boyfriend - Is She Dating Someone?

This is the question we all have been asking for a while since we saw MJ Rodriguez's performance on 'Pose.' We tried to get the answer a while ago, but we did not get any. Recently that changed, and MJ is here with the answer, and the good one, of course.

MJ Rodriguez is dating her cute boyfriend, Stephen. She announced the world that she is dating him for a while on her Instagram somewhere on February of 2020. While there's no more information since when they started dating, it seems they are seeing others for a while.

This is based on the post MJ Rodriguez posted while she introduced the world her boyfriend. She picked an exceptional date, February 14, to tell the world how much they love and support each other. Isn't that lovely?

MJ Rodriguez and Stephen are truly and deeply in love, which is apparent from their post.
Photo Source: MJ Rodriguez Instagram

On her post, MJ wrote, "They'll try to hold you back, they will say you're wrong, but they will NEVER UNDERSTAND, the journey that you're on. Baby, I wouldn't choose it any other way. I love you. I feel like I can be my truest self when I am around you. You have shown me what love truly looks like when it's balanced and easy."

MJ continued, "I'm so proud to call you my Valentine but, most importantly, my boyfriend. You are always rooting me on, you always make sure my physical, my spiritual and and my mental state is okay. I'm so appreciative of you. #happyvalentinesday I LOVE YOU, Stephen."

You May Also Like: Annie Ilonzeh Boyfriend - Is the Actress Dating Someone?