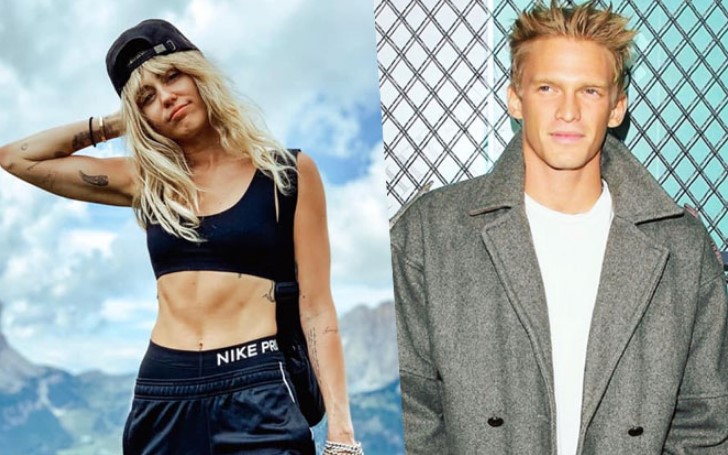 Cody Simpson and Miley Cyrus broke up and fans think it's nothing but a publicity stunt.

It's confirmed, Miley Cyrus and her former boyfriend, Cody Simpson, called their relationship off. The announcement came just a few hours ahead of Miley's new album, 'Midnight Sky's release.

Previously TMZ reported the former couple broke up within the last few weeks, but it's still unclear why Miley and Cody called it quit.

Following the rumors and speculations, before their breakup was confirmed, fans noticed Miley shared "Sad Christmas" on her Instagram while Cody was seen with model Jordy Murray.

While no media outlets has confirmed this just yet, fans suspect the former couple split because Cody is now with Jordy, while many have a completely different idea than that.

Some people claimed it's not a breakup but a promotional scheme of Miley Cyrus, just ahead of her new album launch. We don't want to sound biased or opinionated but those fans have some points.

Some fans are labeling this whole breakup thing as "Wrecking Ball 2.0," while some are in disbelief the perfect couple split up.

However, most of the fans think it's just a publicity stunt. Let's see what happens, only the future can tell what's the truth.

You May Also Like: Who is Justin Hartley's Girlfriend Sofia Pernas? Here are Some Facts You Should Know