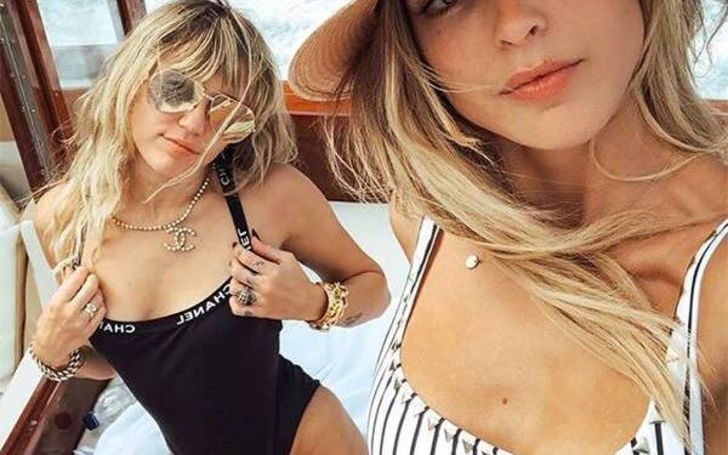 Miley Cyrus is hitting the studio again inspired by her split with Kaitlynn Carter.

After Miley's recent hot drop 'Slide Away' dedicating her former husband Liam Hemsworth and a new beginning of her LGBTQ life, Cyrus, 26, is hitting the studio again channeling all her emotions into music again.

If you are updated with the stars then you might know Miley ended her longtime relation with Liam for her model girlfriend Kaitlynn Carter.

But now, roughly two weeks after the split with Carter, Miley took to her Instagram Stories and Twitter and announced the news of creating new music.

Alongside the photo of herself inside the studio, the “Slide Away” singer wrote, “Back in the yo! I am so f— inspired right now” and added two butterflies and ocean waves emojis.

So guys are you excited about the new drop? Well, we sure do want to listen to her soulful voice and expression she's going to put in for Kaitlyn.

But so much ongoing drama has also stressed the 'Wrecking Ball' star life and fans are also wondered what happened to the singer.

Well, whatever thing it be Miley's holding under the rock, we surely wish her to overcome it shortly and live a prosperous life ahead.

Stay tuned and connected to find updates on the Entertainment article only on Glamour Fame.