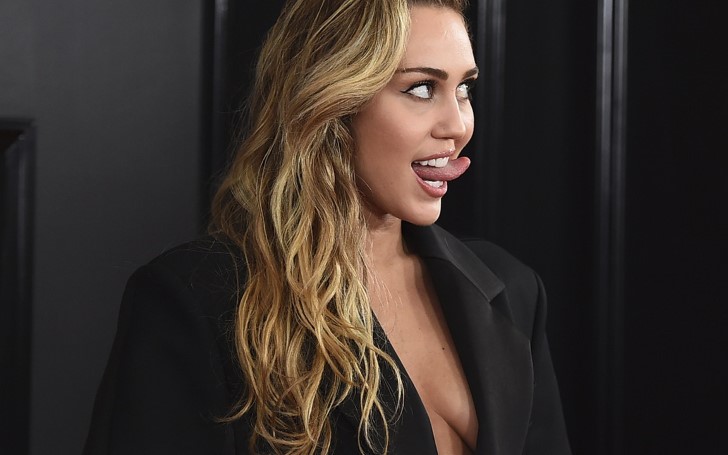 The 26-year-old singer, Cyrus seems like she did not learn a lesson after she risked a wardrobe malfunction in a topless outfit at Saturday Night Live.

The Hannah Montana star, Miley Cyrus who is recently married to Liam Hemsworth attended the show with her parents, Tish Cyrus and Billy Ray. For the event, she wore a sexy deep-v neck black pantsuit by Mugler without a top.

She accessorized the look with an earful of piercings. The singer completed the outfit with a monogrammed high heels.

Earlier, Cyrus went braless on the NBC show, Saturday Night Live. She wore nothing but a silver jacket which was also open and completed the look with matching pants and boots. 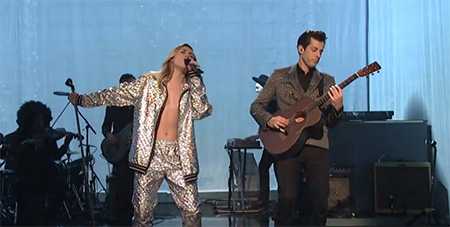 During her performance on the show, she somehow managed to avoid the malfunction. Her look for Grammy, however, was more covered than that of the silver jacket.

Miley later for her performance in the evening chose a more risky outfit.

This time she went for a black vest with nothing underneath which was held together by a chain.