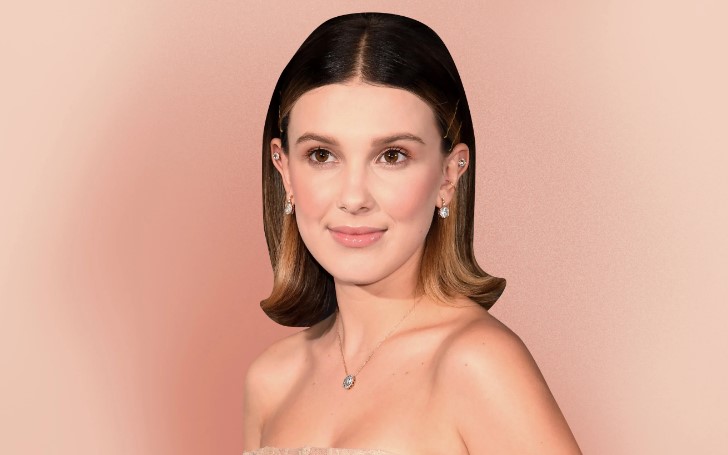 Millie Bobby Browns paid her tribute to her late grandmother.

Millie Bobby Brown is mourning the death of grandmother, the 16-year-old "Stranger Things" actress announced the news of her grandmother passing on Tuesday.

Millie's grandmother, Ruth, was suffering from Alzheimer's disease. The actress took to her social media to upload a tender black and white picture of her and grandmother.

In the caption, Brown wrote,

"There are no words that make sense right now. There’s no feeling to pinpoint. Loss is something so complex and I go thru spells where I can't stop crying and then I laugh about all the memories and then sit quietly and try to comprehend what happened. Alzheimer's is evil. It's cruel. Taking away someone's ability to remember memories and then how to function as a human being. It's so hard to sit there and watch."

"I’ll always be your millie moos. I hope u watch over me and protect me like u did when I was little. I loved you more than anyone could ever love. I'll tell everyone about you and the lessons u taught me. I'll thank you every day for the laughs and memories u gave me all throughout my life so far."

"My whole life has been amazing and I've enjoyed so many aspects of it, But what I've come to realize, is waking up in nanny Ruth's house, with the smell of sweet porridge and honey in the middle, with the news playing on the tv and the washing hung up on the line. The cats walking around and the kids playing outside. I'd give her the biggest hug and say “ill see u later”. As I played outside with all of the children for hours and hours. She would sit there by the window and say 'don't go too far' 'stay nearby' 'its time to come in'."

"Id run inside and ham, bread, chips, and beans would be on my plate with a Capri sun and we’d sit opposite each other and id tell her what I did that day. After dinner, I usually sang to her or we’d figure out some crossword puzzle as I sat on her lap."

"Midnight would come and we would lay in bed and she’d tell me stories about her memories as a child and what living through World War 2 was like.
I couldn’t come home to give u one last snuggle because of Covid-19 so FaceTime was all that we had. I sang to you as much as my voice could take it, even when u were sleeping.
These are memories ill never forget. She is truly my guardian angel. I love you, nanny. There's no forgetting a soul like this one. I hope time will somewhat heal. But for now, ill hug mummy and watch videos of us singing and dancing. Rest easy x"