home Entertainment Who is Milos Raonic's Girlfriend in 2020? Find Out About His Dating Life

Who is Milos Raonic's Girlfriend in 2020? Find Out About His Dating Life 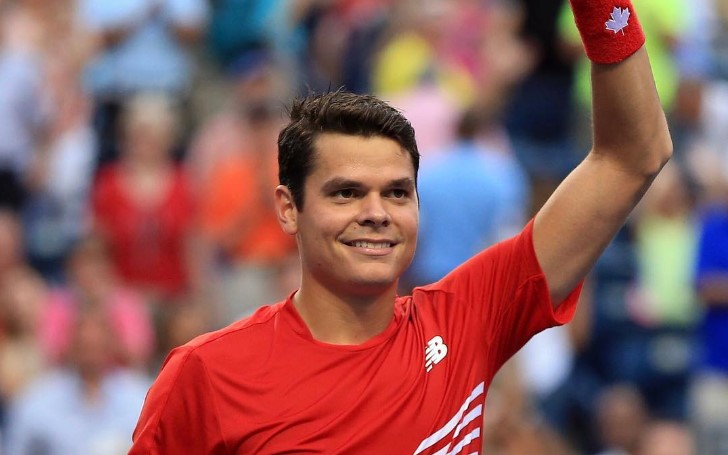 Here's what you should know about Milos Raonic's girlfriend in 2020.

Milos Raonic is a Canadian professional tennis player, who came into prominence when he reached his career-high at the Association of Tennis Professionals (ATP) world #3 in 2016.

Milos has made his name in the pro tennis games; he is the first Canadian professional tennis player in the Open Era to reach the Australian Open semifinals, French open quarterfinals, and the Wimbledon final.

Raonic's career is nothing short of impressive, and we are pretty sure you all are aware of his achievements, but how well do you know about his personal life?

Also Read: Who is Caroline Kennedy's Son Jack Schlossberg's Girlfriend in 2020? Find Out About His Relationship

Here we are to uncover some of the exciting things about Milos's personal life; we will try to find out whom the tennis player is dating in 2020. So, without further ado, let's find out.

Milos Raonic Dating Life in 2020, Who is His Girlfriend?

According to some Canadian media outlets, the Tennis player is, in fact, dating someone in 2020. Milos Raonic is in a relationship with his longtime girlfriend, Danielle Knudson. The couple is very secretive about their love life and rarely makes any public appearances.

But having said that, it's not like people have not seen her at all. Knudson is considered the 14th member of Raonic's team for obvious reasons.

As Sportsnet puts it, Danielle can be considered one of the members of the Milos team as she is the one who decides what the tennis player wears on special events. Well, that's really sweet.

Who is Danielle Knudson?

There is only a little information available about Milos Raonic's girlfriend, but according to the media outlet, she is a model. Knudson is pretty big on Instagram; the model boasts an impressive 514k followers.

Some people claim the Milos and Knudson have already broken up, but we haven't heard from the couple.
Photo Source: Agency/GF

Well, recently there are some rumors the couple has already broken up, but we could not confirm the news. The report came from an unverified source, so, it's still safe to assume Raonic and Knudson are still together.

You May Also Like: Who is Kasperi Kapanen Dating in 2020? Find Out About His Girlfriend