Miranda Lambert's Net Worth in 2021: Learn All Details Here 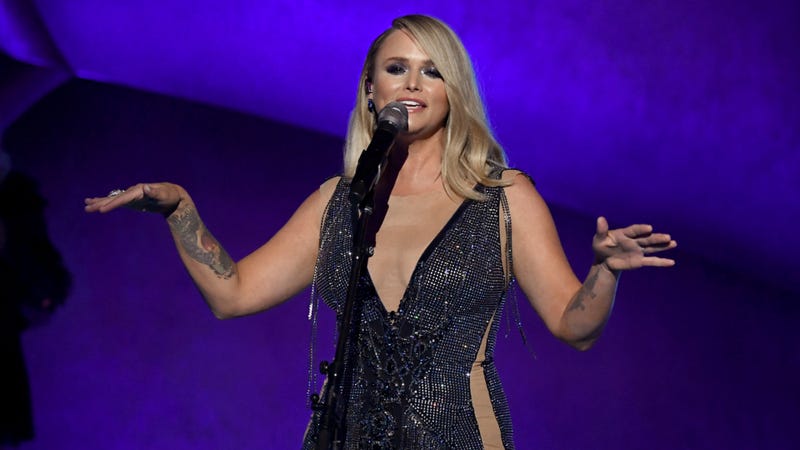 What Is Miranda Lambert's Net Worth In 2021? Get The Complete Detail Here!

A Country A-lister, she is an American singer-songwriter. A third-ranked in the American reality singing competition show, "Nashville Star," Miranda Lambert's journey in the music industry started way before becoming a known name from the show.

Apart from her highly commended solo career, Miranda is also a member of the band Pistol Annies, formed in 2011 and composed of two other Ashley Monroe and Angaleena Presley members. Three-time Grammy-winning singer Miranda boasts a huge fan following worldwide for her albums "Kerosene," "Revolution," "Crazy ex-girlfriend, and so on.

Continue reading to uncover the updated report of Miranda's Net Worth in 2021.

Miranda Lambert's Net Worth And Source Of Income!

Miranda Leigh Lambert was born on November 10, 1983, to Rick and Bev Lambert. Miranda's talents can be assumed from her father, Rick, who played in a country-rock group called Contraband in the 1970s. Signed under the Label Epic Records in 2003, Lambert's album Kerosene, The Weight of These Wings were certified Platinum in the United States. Two decades into her reputed career, Miranda's accumulated fortune is a shocker.

Miranda Lambert's estimated Net Worth In 2021 is a whopping $60 million.
Photo Source: Country 97

As of 2021, Miranda's Net Worth is estimated to be a whopping $60 million, and she was one of the Forbes highest-paid country stars in 2019. Her other source of income is several brands that she endorses. In 2009, she became the new face of Cotton Inc, and in 2014, Miranda partnered with the automobile company Chrysler, and other endorsements include brands like Red55, Pink Pistol, Dixie Darlin.

Check Out: What is Lily James' Net Worth in 2021? Learn All the Details Here

Miranda acquires thousands via her clothing line Idyllwind-Fueled, and also owns several properties. The singer reportedly has three residences in Tennessee worth $3.4 million and another condo worth $2.8 million in Nashville, which she acquired after her divorce from Blake Shelton in 2015.

Despite owning several posh properties, Miranda and her husband Brendan McLoughlin are building a new house. The Mama's Broken Heart singer reveals that she and her husband live in a small cabin, waiting for their new home to be complete. Lambert sold her Nashville home for $2,595,000 before carrying with this new plan, tells a source.

Miranda Lambert and her husband are living in a small cabin as their dream house is under construction.
Photo Source: Billboard

The A-lister couple, Miranda and Brendan, served major couple goals in late 2020 when they traveled the country carefree in their Airstream trailer, named "The Sherif." Miranda took to her Instagram to share pictures of the couple's long trip to Asheville and mountainous North Carolina.

Don't Miss: What Is Melinda Gates' Net Worth in 2021? Find All The Details Here

The long trip was the couple's time off after the long dreadful quarantine caused by the pandemic and commemorating Miranda's single "Bluebird," which achieved massive success and won song of the years at the 54th Annual Country Music Association Awards.

The 37-year-old singer has kept her love life as busy as her career. Currently married to Brenden McLoughlin, with whom she tied knots in June 2019, Miranda was previously the wife of singer Blake Shelton for four years. The couple had tied knots on May 14, 2011, and in four years, went from being called the hottest couple to breaking off their marriage citing infidelity.

Lambert also dated singer Anderson East for good two years and Evan Felker for a while. Now married to Brenden, a former police officer, a source close to the couple tells, that Miranda has been happier than ever.