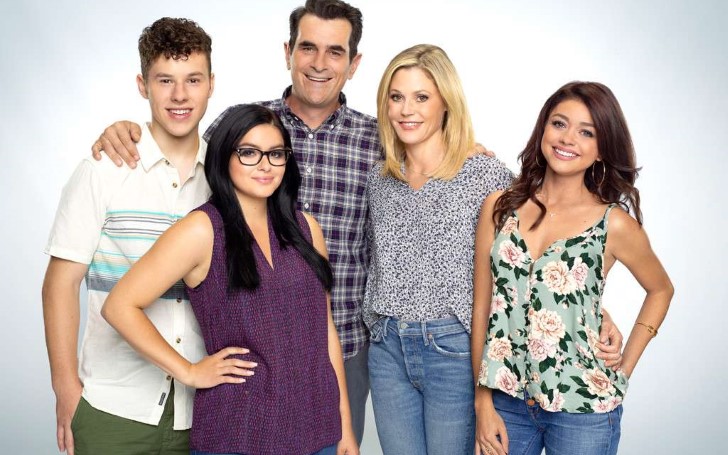 Modern Family announces, show to end after its 11th season.

This may be sad news for all the Modern Family viewers & followers as the show is about to end after it's ten successful seasons. It is confirmed by the president of ABC, Karey Burke broadcasting on Television Critics Associations on the winter press tour, 2019.

The show is created by Christopher Lloyd and Steven Levitan, firstly broadcasted on September 2009. The show gains a tremendous amount of admirers and viewers from its initial seasons.

The show won more than 35 awards such as Primetime Emmy Awards for outstanding comedy Series subsequently from the year 2011 to 2015. Likewise, Critics Choice Television Awards 2012, Directors Guild of America 2010 & 2011, British Comedy Award 2014, Kids Choice Award for Favourite Female TV star 2015 and so on.

After the emotional announcement of the show, the crews and cast member posts their affection and sorrow towards the show.

Very honored that Modern Family was once again nominated for a @glaad award & I feel so proud that we were recognized amongst so many other great shows beautifully representing the LGBTQ community! ❤️ pic.twitter.com/1iWi4dME3N

The first picture was taken February 4th 2009 (13 years after starting my acting career) on my way out the door to test for ‘My American Family.’ These are the original audition materials for Mitch and Cam from that day. It was announced today that next year(season 11) will be our last. I’m so thankful and grateful to have had this job for the last 10 years and that I get to do it for ONE MORE year with this talented group of beauties. Fellow actors: Identify and follow your dreams, have unwavering belief in yourself and your talent, surround yourself with good people, be prepared and on time for when a lot of luck and even more persistence crack open that door of opportunity and then blow through it and leave it ALL in the room knowing you did your best. I’m proof it’s possible for you.

Modern Family will return for its last 11th season

The last season of the modern family is releasing in September 2019 and will end in May 2020. Karey Burke said during an interview regarding the last season press conference,

“I would love it. No one would be happier if there were one.”

All the family member of the Modern Family is showing their love and gratitude towards the show as Rico Rodriguez quoted:

"What an amazing ride this has been! I can't wait to return for a final season with my Modern Family."

So, guys are you ready for the final season! Though it may be tragic news for Modern family fans, still the last season is yet to arrive. Who knows there may be some twists regarding the future seasons of Modern Family. Let's hope for now.