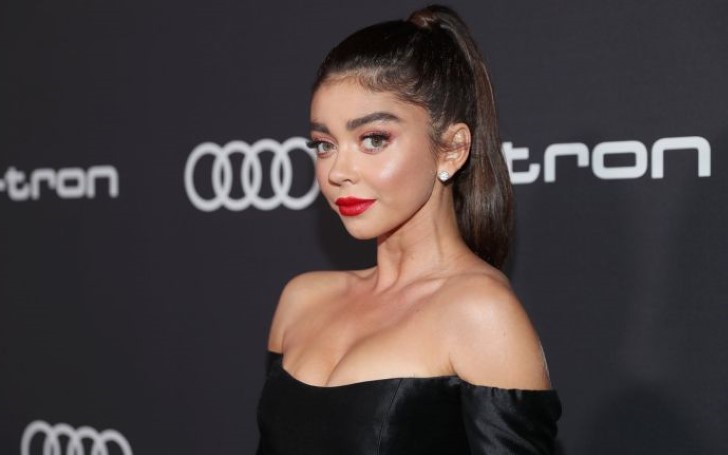 The Modern Family actress Sarah Hylan has opened up about her second kidney transplant.

The actress talked about her experience and journey with kidney dysplasia and endometriosis in an interview with the Self Magazine. On her battle with the Kidney transplant, Sarah says:

"It's a helpless feeling"

I say words here (link in bio) that hopefully others can relate to and feel like they’re not alone. Hopefully those that are lucky enough not to experience this will learn about something new and take a moment to appreciate their health. Thank you so much to all the love and light I have received today. I love you all ❤️

You may also like: Arrow Actress Katie Cassidy Married to Matthew Rodgers in Florida

Sarah was born with the Kidney dysplasia issue meaning her kidney didn't develop while she was still inside her mother womb. She went through kidney failure in 2012 when she had her first kidney transplant. Her father Edward James Hyland helped her donating his kidney at the time.

Sarah Hyland (@sarahhyland), our cover star, is ready to reveal her scars. “I've had about 16 surgeries in 27 years,” she says. “A casual six in [the past] 16 months. It's great.” Watch the full #BodyStories video at the link in bio.

But unfortunately, Sarah's body started rejecting her kidney in October 2016 which made her go through another Kidney transplant again in 2017. Luckily for her second kidney transplant, her brother,  Ian Hyland was her donor.

Sarah also stated that all her life she felt like a burden and even contemplated suicide when her second kidney failed thinking she would fail her little brother's kidney just like she failed her father's.

Cover star Sarah Hyland (@sarahhyland) and Wells Adams (of "The Bachelorette" fame) have been dating for a little over a year. They met in person for the first time just three days before she had her second kidney transplant, in September 2017. That was quite a week for Hyland. As she describes it: "September 16th I had an [Emmy Awards] party and my first date with [Wells]. The 17th was the Emmys. The 18th I had work on Modern Family at 6 A.M. and then I went to dialysis afterwards. And then I had to be at the hospital at 4 o'clock in the morning for my transplant the next day." Tap the link in bio to learn more about life and love in the spotlight while living with a chronic illness. ⠀⠀⠀⠀⠀⠀⠀⠀⠀ Photographed by @catherineservel Wardrobe Styling by @marpeidro Makeup by @allanface at Starworks Hair by @marktownsend1 at Starworks Manicure by @whitneygnails at Tomlinson On Sarah: Dress by @rhoderesort

Furthermore, the actress had also revealed that her mother was told that Sarah was not going to live a normal life.

With all the health issues going on with Sarah, the strong actress left some positive message too along with her Instagram post and Interviews she did with Self Magazine. She says:

"I say words here that hopefully others can relate to and feel like they’re not alone. Hopefully those that are lucky enough not to experience this will learn about something new and take a moment to appreciate their health."

Previously, the actress also went through a rough time from the death of her cousin. Hyland even decided to Quit Twitter After Her Cousin Was Killed in an Accident by a Drunk Driver.

Our thanksgiving was so amazing we forgot to take pictures. So here’s one from a year ago. I love and am very grateful for my turkey ❤️

However, Sarah has been receiving tons of support from her fans saying that the young actress has helped and inspired them.

May Sarah receive all the help and courage she needs in healing her health soon.